Syllabus for MU OET 2021 is set by Jain University, to test the ability of the students in different aspects. The syllabus is similar to that of the 12th and of similar difficulty. The exam also tests the personality, attitude, and knowledge of the student.

The candidates can start preparing for the exam by going through the syllabus and practicing regularly. To prepare for the MU OET 2021 syllabus, one must know the MU OET 2021 exam pattern.

Candidates who are eligible for MU OET 2021 and who are preparing for MU OET 2021 into various programs like MBBS, BDS, B.Tech, B.Pharma, and PharmD should be aware of the Exam pattern and syllabus from which the questions will be taken from. The eligible candidates have to go through the syllabus to improve themselves and to pass this exam.

The syllabus for MU OET 2021 is given below:

Note: Papers in Physics, Chemistry, Biology, Mathematics, and General English have questions based on 10+2 syllabus followed by major 10+2 Boards/Universities.

Scalar and vector quantities; Position and displacement vectors, general vectors and their notations; equality of vectors, multiplication of vectors by a real number; addition and subtraction of vectors, relative velocity, Unit vector; Resolution of a vector in a plane, rectangular components, Scalar and Vector product of vectors. Motion in a plane, cases of uniform velocity and uniform acceleration-projectile motion, uniform circular motion.

Equilibrium of rigid bodies, rigid body rotation, and equations of rotational motion, comparison of linear and rotational motions. Moment of inertia, the radius of gyration, values of moments of inertia for simple geometrical objects (no derivation). Statement of parallel and perpendicular axes theorems and their applications.

Surface energy and surface tension, angle of contact, excess of pressure across a curved surface, application of surface tension ideas to drops, bubbles and capillary rise.

The behavior of Perfect Gases and Kinetic Theory of Gases: Equation of state of a perfect gas, work done in compressing a gas. Kinetic theory of gases - assumptions, the concept of pressure. Kinetic interpretation of temperature; RMS speed of gas molecules; degrees of freedom, the law of equipartition of energy (statement only) and application to specific heat capacities of gases; the concept of the mean free path, Avogadro's number.

Electric flux, statement of Gauss's theorem and its applications to find field due to an infinitely long straight wire, uniformly charged infinite plane sheet and uniformly charged thin spherical shell (field inside and outside).

Dielectrics and electric polarization, capacitors and capacitance, the combination of capacitors in series and parallel, the capacitance of a parallel plate capacitor with and without dielectric medium between the plates, energy stored in a capacitor.

Ray Optics: Reflection of light, spherical mirrors, mirror formula, refraction of light, total internal reflection and its applications, optical fibres, refraction at spherical surfaces, lenses, thin lens formula, lens maker’s formula, magnification, power of a lens, combination of thin lenses in contact, refraction and dispersion of light through a prism. Scattering of the light - blue color of the sky and reddish appearance of the sun at sunrise and sunset. Optical instruments: Microscopes and astronomical telescopes (reflecting and refracting) and their magnifying powers.

Junction transistor, transistor action, characteristics of a transistor and transistor as an amplifier (common emitter configuration), the basic idea of analog and digital signals, Logic gates (OR, AND, NOT, NAND and NOR).

Familiarity with the basic approach and observations of the experiments and activities:

Liquid state: Properties of liquids – vapor pressure, viscosity and surface tension, the effect of temp. on them.

Atomic model- Bohr’s theory, (derivation of the equation for energy and radius not required). Explanation of origin of lines in the hydrogen spectrum. Limitations of Bohr’s theory. Dual nature of electron - the distinction between a particle and a wave. de Broglie’s Theory. Matter-wave equation (derivation). Heisenberg’s uncertainty principle (Qualitative). Quantum numbers - n, l, m and s, and their significance and interrelationships.

Reference electrodes - Standard Hydrogen Electrode (SHE) - construction, use of SHE for determination of SRP of other single electrodes and pH of solutions, Limitations of SHE. Electrochemical series and its applications, galvanic and electrolytic cells, half-cell and cell reactions, emf of a galvanic cell and its measurement, Nernst eq. and its applications, working principles of the dry cell, lead-acid cell and H 2 -O 2 fuel cell.

Chemical Kinetics: Introduction, the commercial importance of rate studies, Order of a reaction, factors deciding the order of reaction-relative concentrations of the reactants and mechanism of the reaction. First-order reaction – eq. for rate constant derivation, units. Half-life period, the relation between the half-life period and order of a reaction, numerical problems.

Determination of the order of a reaction by the graphical and the Ostwald’s isolation method. Zero-order, fractional-order and pseudo-first-order reactions with illustrations. Effect of temperature on the rate of a reaction,

Catalysis: Homogeneous and heterogeneous, activity and selectivity of solid catalysts, enzyme catalysis, and its mechanism.

The second law of thermodynamics, Gibbs’ free energy as a driving force of a reaction, Gibbs’ equation, prediction of the feasibility of a process in terms of ∆G, standard free energy change and its relation to K p. Numerical problems.

S-block elements: general introduction, electronic configuration, and general trends in physical and chemical properties of elements, anomalous properties of the first element of each group, diagonal relationships. Preparation and properties of NaOH, NaCl, Na 2 CO 3 and NaHCO 3. Industrial use of lime, limestone, plaster of Paris and cement, the biological significance of Na, K, Mg and Ca.

P-block elements: General electronic configuration and general trends in physical and chemical properties of elements across the periods and groups, unique behavior of the first element in each group.

Group 14: Tendency for catenation, structure, properties, and uses of allotropes and oxides of carbon, silicon tetrachloride, silicates, zeolites, and silicones.

Group 17: Preparation, properties, and uses of hydrochloric acid, trends in the acidic nature of hydrogen halides, structures of interhalogen compounds and oxides and oxoacids of halogens.

Group 18: Occurrence and uses of noble gases. Structures of fluorides and oxides of xenon.

Purification and characterization of organic compounds:

Alkanes: conformers, Sawhorse and Newman projections of ethane, mechanism of halogenation of alkanes, combustion and pyrolysis.

Polymers: General introduction and classification of polymers, general methods of polymerization – addition and condensation, copolymerization, natural and synthetic rubber, and vulcanization, some important polymers with emphasis on their monomers and uses – polyethylene, nylon 6,6; polyester and bakelite.

The chemistry involved in the titrimetric exercises: Acid-Base titrations, use of indicators, Redox titrations and their

Sets: Sets and their representations. Empty set. Finite and Infinite sets. Equal sets. Subsets. Subsets of the set of real numbers especially intervals (with notations). Power set. Universal set. Venn diagrams. Union and intersection of sets. The difference between sets. The complement of a set, Properties of Complement Sets.

Relations and Functions: Types of relations: Reflexive, symmetric, transitive and equivalence relations. One to one and onto functions, composite functions, the inverse of a function. Binary operations. Partial fractions, Logarithms, and its related properties.

Non-commutativity of multiplication of matrices and existence of non-zero matrices whose product is the zero matrices (restrict to square matrices of order 2). Concept of elementary row and column operations. Invertible matrices and proof of the uniqueness of inverse, if it exists; (Here all matrices will have real entries).

The determinant of a square matrix (up to 3 × 3 matrices), properties of determinants, minors, cofactors and applications of determinants in finding the area of a triangle. Adjoint and inverse of a square matrix. Consistency, inconsistency, and several solutions of a system of linear equations by examples, solving system of linear equations in two or three variables (having a unique solution) using the inverse of a matrix.

Brief recall of 2-D from earlier classes, shifting of origin. The slope of a line and angle between two lines. Various forms of equations of a line: parallel to axes, point-slope form, slope-intercept form, two-point form, intercepts form and normal form. General equation of a line. Equation of family of lines passing through the point of intersection of two lines. The distance of a point from a line.

Coordinate axes and coordinate planes in three dimensions. Coordinates of a point. Distance between two points and section formula. Direction cosines/ratios of a line joining two points. Cartesian and vector equation of a line, coplanar and skew lines, the shortest distance between two lines. Cartesian and vector equation of a plane. The angle between (i) two lines, (ii) two planes, (iii) a line and a plane. The distance of a point from a plane.

Limits and derivatives: Derivatives introduced as a rate of change both as that of distance function and geometrically. The intuitive idea of limit

Integrals: Integration as the inverse process of differentiation. Integration of a variety of functions by substitution, by partial fractions and by parts, only simple integrals of the type

Applications of the integrals: Applications in finding the area under simple curves, especially lines, arcs of circles/parabolas/ellipses (in standard form only), area between the two above said curves (the region should be identifiable).

Mathematically acceptable statements. Connecting words/phrases - consolidating the understanding of “if and only if (necessary and sufficient) condition”, “implies”, “and/or”, “implied by”, “and”, “our”, “there exists” and their use through variety of examples related to real life and Mathematics. Validating the statements involving the connecting words - the difference between contradiction, converse, and contrapositive.

The test of English Language for the entrance examination covers ‘General English’ of the 10 + 2 standard. It is not designed to evaluate students’ knowledge of English literature, but to test their ability to grasp the fundamental concepts in English grammar and usage.

Students are not required to learn the glossary of complicated grammatical jargon but should have the basic knowledge of word usage, matching of subject and verbs, correct usage of tenses, and grammatically correct sentences acceptable in standard written communication.

The syllabus will include the following areas: 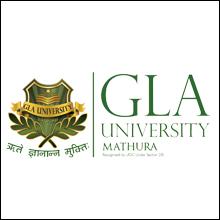