Based on 58 Student Reviews
Fee Structure Admissions
<
>
Get Free Scholarship

Check for other Pages Of Manipal University Jaipur

Established in the year 2011 in Jaipur by the Manipal Education Group, Manipal University is a leading multi-disciplinary educational institution of the country. The University, MUJ, for short, has been approved by UGC and is recognized by BCI, COA, etc. Moreover, it has multiple awards and rankings to its name.

Over the years, the University has given many scholarships to the deserving students. Moreover, it has some imminent alumni to show for the quality of education this institute imparts. Some of the famous alumni are, Satya Nadella [Microsoft, CEO], Vikas Khanna [Michellan Star Chef], Rajeev Suri [Nokia, CEO]. It is located at the Dehmi Kalan Village, near Jaipur.

The University has one of the best infrastructure facilities in the region. It is spread across an area of 122 acres and is a residential campus for students that wish to stay in the hostels. Manipal University Admission is open in the month of April every year.

The university is over 8 years old and is approved by the University Grants Commission (UGC). It is a vast university with an enormous faculty count to cater to all the academic necessities of the students. Here are a few key highlights about the University:

Manipal University is one of the most recognized private universities in the country. The university is awarded and ranked multiple times by many popular organizations for its outstanding contribution in the field of education and research. Some of the awards and rankings of the university are mentioned below.

There are many schools under this multidisciplinary university that fall under a particular faculty. The schools and the faculties are mentioned below.

The University sports an exquisite campus and offers all the relevant facilities required for the overall growth of the students.

The MUJ Scholarships are available for both undergraduate and postgraduate students. The university follows strict regulations regarding eligibility for admissions. The applicants have to adhere to the exact qualifications or its equivalent to be eligible.

What is Manipal University Jaipur address?

Does Manipal University, [MUJ] Jaipur has training events for students?

What infrastructure facilities are provided at Manipal University, [MUJ] Jaipur?

The Manipal University, [MUJ] Jaipur is awarded and ranked multiple times by many popular organizations for its outstanding contribution in the field of education and research. In the 2019 Outlook-ICARE Rankings, the university was ranked in the 6th position under Top 25 Young Universities and 9th in Top 50 State Private Universities. In the NIRF rankings, the university was ranked between 151-200 in 2019 and 2017. First University to have been awarded a 5-star rating by GRIHA [Green Rating for Integrated Habitat Assessment] for the Academic and Administrative buildings.

The college is approved by UGC, AICTE; recognised by COA, BCI; accredited by NAAC-A.

Along with the impeccable infrastructure of the entire campus, the university has commendable hostels as well. More details regarding the hostels and facilities related to it are mentioned below.

We follow a 5 day week. Lectures timing are from 9 to 6, although you'll only have 1 or 2 full days, rest you'll have your classes in either half of the day. Lectures are usually delivered in English and Hindi.

There are various clubs and societies, like dance, acting, photography. There are technical clubs as well, for aeromodelling, automobile designing, coding and etc.

We follow a 5 day week. Lectures timing are from 9 to 6, although you'll only have 1 or 2 full days, rest you'll have your classes in either half of the day. Lectures are usually delivered in English and Hindi.

There are various clubs and societies, like dance, acting, photography. There are technical clubs as well, for aeromodelling, automobile designing, coding and etc.

The daily routine is good. And the class timings are also prepared very well. The quality and method of teaching are excellent. My overall experience in the college till now is very good.

The societies are good, there are many clubs formed in the University which brings new event every other week. The main festivals of campus are both cultural as well as sports. The life in college is really very good.

What is the address of Manipal university?

What are the hostel fees and facilities at Manipal university?

What is the cost of the application fee?

The application form is Rs.600 which can be paid online or with DD.

What is the hostel fee at MUJ?

The below table illustrates the fee structure for academic year 2017 – 18:

In addition, a refundable hostel deposit of` Rs. 15,000/- is to be paid along with the Hostel Fee to Manipal University, Jaipur. This will be refunded at the time of vacating the Hostel after adjusting dues if any

When is the last date to submit the application?

The last date to apply/ submit the application for BJMC is 15 May 2017. 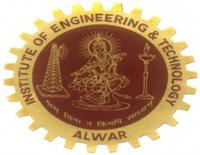