Details regarding JKCET Syllabus 2021 is provided below.

There are 20 units in physics, with each unit having some subtopics. Physics syllabus is given in an elaborate format below.

Centre of mass of a two-particle system, Centre of mass of a rigid body; Concepts of vector product of vectors: moment of a force, torque, angular momentum, conservation of angular momentum with some examples. Moment of inertia, radius of gyration. Values of moment of inertia for simple geometric objects (no derivation), statement of parallel and perpendicular axes theorems and their applications.Rigid body rotation and equations of rotational motion.

Equation of state of a perfect gas, work done on compressing a gas. Kinectic theory of gases – assumptions, concept of pressure. Kinectic energy and temperature: rms speed of gas molecules; Degrees of freedom, Law of equipartition of energy (Statement only) and applications to specific heat capacities of gases; concept of Mean free path, Avagadro’s number.

Electric charges: Conservation of charge, Coulomb’s law-forces between two-point charges, forces between multiple charges; superposition principle and continuous charge distribution. Electric field: Electric field due to a point charge, Electric field lines, Electric dipole, Electric field due to a dipole, Torque on a dipole in uniform electric field. Electric flux, Statement of Gauss’s theorem and its applications to find field due to infinitely long straight wire, uniformly charged infinite plane sheet and uniformly charged thin spherical shell (field inside and outside). Electric potential, electric potential due to a point charge, a dipole and system of charges; Equipotential surfaces, Electrical potential energy of a system of two-point charges and of electric dipole in an electrostatic field. Conductors and insulators, Dielectrics and electric polarization, capacitor and capacitance, combination of capacitors in series and in parallel, capacitance of parallel plate capacitor with and without dielectric medium between the plates, Energy stored in a capacitor. Van de Graff generator.

Basic elements of communication system (block diagram only), Bandwidth of signals (speech, TV and digital data); Bandwidth of Transmission medium, Propagation of electromagnetic waves in the atmosphere, sky and space wave propagation. Need for modulation: Production and detection of an amplitude modulated wave.

There are 20 units in chemistry, with each unit having some subtopics. Chemistry syllabus is given in an elaborate format below.

Dependence of electrode and cell potential on concentration (Nernst Equation), Electrode potential as a criteria for product formation in electrolysis. E.M.F. of Galvanic cell, Relationship between free energy change and E.M.F. of a cell. Definition and units of Equivalent, Molar, and Specific conductivity.

Classification of elements as s, p, d, and f block elements. Variation of Ionization energy, Electron affinity, Electronegativity, Atomic and Ionic radii along the period and down the group in the periodic table.

There are 3 units in Mathematics, with each unit having some subtopics. Mathematics syllabus is given in an elaborate format below.

Functions as special kind of relations from one set to another, domain, co-domain and range of a function. One to one, onto functions. Real valued functions of the real variable; constant, identity, polynomial, rational, modulus, signum and the greatest integer functions with their graphs. Sum, difference, product and quotients of functions. Composition of functions, inverse of a function, binary operations. 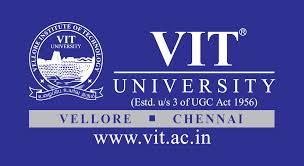