Indian Institute of Technology Jammu was established after a Memorandum of Understanding between the Department of Higher Education, Government of Jammu & Kashmir and Department of Higher Education, MHRD, Government of India was signed on May 01, 2016. The institute has an autonomous status under the Indian Institute of Technology Act,1961. For the initial years, it followed the syllabus of IIT Delhi. The latest news and other details of the institute are given below.

The state government of Jammu & Kashmir provided land measuring 400 acres for the IIT campus, located in village Jagti at Jammu. Jagti village is located on National Highway 44, about 15 km away from the airport. The location is in the foothills of the Shivalik Range of the Himalayas, which gives IIT Jammu the gift of natural beauty. IIT Jammu Admissions attract talented aspiring students from all over the country.  The latest news is given below.

IIT Jammu admitted the first batch of 82 students in 2016 at a temporary campus, now it can accommodate 650 students in a new campus. The institute focuses on technological interventions and innovations for the creative and futuristic growth of humankind. It will explore high technology-driven solutions for the development of the region and nation.

Indian Institute of Technology Jammu offers UG and Doctoral Programs in different disciplines. In 2019 it also started the M.Tech program in Computer Science and Engineering for Specialization in Data Science and Information Security also introduced an M.tech program in Electrical Engineering.

Indian Institute of Technology Jammu offers undergraduate, postgraduate and doctoral programs in different disciplines of engineering. The institute was established in 2016 with only 3 disciplines of B.Tech course with 30 students in each specialization. Now they offer B.Tech in 6 disciplines as well as M.Tech and Doctoral Programs. The details of the courses are as below:

Bachelor of Technology [B. Tech]:

IIT Jammu has an active Training and Placements cell that is trying the bridge the gap between industry and academia. The main focus of the cell is to develop the skills and transform the students into highly educated technical professionals. The training and placement cell of IIT Jammu organizes events, lectures, workshops and talks by experts, which will benefit the students in enhancing the skills.

IIT Jammu students are expected to have extensive. ve technical knowledge along with soft skills such as leadership, teamwork, communication skills, interview skills and group dynamics. The training and placement department works tirelessly to enhance the quality of students.

The training and placement cell at IIT Jammu conducts one Industrial Conclave and one HR Conclave each year to help the students with professional exposure from experts in different fields. There is an incubation centre established to focus on innovation and research with a focus on entrepreneurial activities, which promotes creativity with scientific curiosity.

Indian Institute of Technology, Jammu has an active Training and Placement department that work for procuring the best opportunities for the students. In the span of the last 2 academic years, they have been successful in placing students in prestigious national as well as international institutes and industries. For the batch of 2016, 73 of 82 students were places and for the batch of 2017, 72 out of 112 students were placed.

IIT Jammu has associations with other institutes that provide its students with internships in different institutes in the country and abroad. The students have the opportunity to have learning experiences during internships in these prestigious institutions. The institute includes the following:

IIT Jammu is spread across 400 acres of land. The whole campus is surrounded by the natural beauty of the Shivalik Range of the Himalayas. There is an academic building which houses state of the art classrooms, laboratories of different departments, computer labs, conference hall and office of the administrative department.

The whole institute has its Network system- Central Computing and Communication Infrastructure (C3I) which connects the institute. There is a LAN connection system undergoing construction in the hostels. The whole campus including classrooms and the library is wifi enables which is important for modern education.

IIT Jammu has both Indoor and Outdoor sports facilities. There is a football field, cricket ground, volleyball court, indoor badminton courts, table-tennis room, snooker table, etc. as sports facility. There is also an open gym for the students.

Indian Institue of Technology, Jammu has hostel facilities for its residents. The campus is located in Jagti, in the foothills of Himalayas gives a picturesque view of natural beauty. Currently, it accommodates 500 students and 110 staff members. Students have access to basic facilities to facilitate their learnings, common area and indoor sports are also available at IIT Jammu.

Hostels are nearby to the academic area which gives the students the convenience of walking to classes amidst the natural beauty of Jammu. IIT Jammu Facilities include laundry centre, Common all with TV, snooker table and Table Tennis hall are available in the hostels. IIT Jammu hostels are well connected with wifi, and there is a medical dispensary for the students and staff in case of regular health checks ups and emergencies. 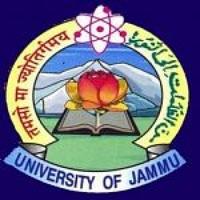 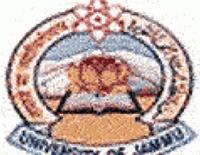