Based on 99 Student Reviews
Fee Structure Admissions
<
>
Get Free Scholarship

Check for other Pages Of BIT Mesra

Birla Institute of Technology, Ranchi [BIT Mesra] was founded by Mr. B M Birla as a premier Engineering Institution in India. The Main Campus is spread over an area of 780 acres. In the year 1964, BIT Mesra established Space Engineering and Rocketry Department. This was the first-ever Rocketry Department which was established by an Indian Institution. The Institute also introduced the concept of Small Industries Entrepreneurs' Park, which has become very successful since then.

Here are some of the key highlights of the Institute:

The Institute offers Undergraduate, Postgraduate, and Post-Doctoral programs in various disciplines. Because of the Legacy in its History, many students thrive for BIT Admissions. Birla Institute of Technology helps students to shape and transform their Engineering career. The Campus is located 16 km away from  Ranchi in Jharkhand.

BIT Mesra is one of the few Universities which own Super Computer as part of their ultramodern IT infrastructure. The Institute's main objective is to become a Globally Recognised Academic Institution in consonance with the social, economic, and ecological environment, striving continuously for excellence in education, research, and technological service. Following the inception of the main campus in Mesra, extension centers in several regions of India including Jaipur, Noida, Patna, Ranchi, Kolkata, and Deoghar. Even the international centers in Ras al-Khaimah, UAE, and Muscat, Oman have been established. 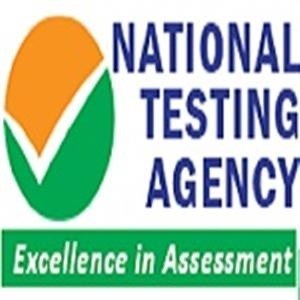 Below are the courses offered at the Birla Institute of Technology along with eligibility. The candidates willing to take up admission at the institute need to fulfill the eligibility criteria.

The college is approved by NAAC, UGC, AICTE, NBA, NIRF.

The daily routine is according to the class schedule that is starting from 8 o clock morning to 4.10 pm. The quality and method of teaching are very good because the background of faculty members is quite appreciable also very learned and experienced teachers are there for guiding you and solve your problems. The overall experience is very good because this campus is really clean calm and naturally beautiful.

The various student's societies are there like IEEE students chapter, CSI, fine arts society, cultural society, NCC, ECO, photography etc. BITOTSAV is the main annual cultural fest also some of the other fests which are coordinated and arranged by various societies like sperdha, Antragni, food fest, pravaah, Dragon Ball etc. The general life on campus is really good and beautiful one can achieve his or her goal by his hard work and discipline.

There are a number of student societies related to different co-curricular and extracurricular activities for students. Events are regularly organized by these societies that offer a platform to students to showcase and nurture their talents. The main cultural festival of our campus is "BITOTSAV", while the main technical festival is "PANTHEON". College life, in general, is good.

There are a number of student societies related to different co-curricular and extracurricular activities for students. Events are regularly organized by these societies that offer a platform to students to showcase and nurture their talents. The main cultural festival of our campus is "BITOTSAV", while the main technical festival is "PANTHEON". College life, in general, is good.

Classes run from 10 AM to 5 PM, which includes theory, practical and assignments. There are internal exams(called quiz) once in every 4 weeks. Total 3 internal exams throughout the semester, then semester exams for all subjects with practicals and assignments. Quality of teaching is very good, teachers support and work hard for students excellence

There are multiple clubs, students can join any club like dance, music, painting, sports. The main festival of BIT Mesra is Bitotsav takes place every year with lots of great performances.

Classes run from 8-5 with a lunch gap of 2-3 hours depending on everyday schedule. You have labs and classes. Midsemester exams are evaluated out of 25 and the end semester out of 60,the remaining 15 marks are evaluated on the basis of the quiz the teacher takes in the class. All the classrooms are smart with projector and the teacher use modern methods of teaching. College life is fun with numerous clubs and societies based in your interests. Annual fests like Bitotsav, Pantheon, Rostra are much fun.

What is the Admission Process of BIT, Mesra (Lalpur Campus) for MBA Course?

Admission Process of BIT, Mesra (Lalpur Campus) for MBA Course are given below,

How to Apply: Please go through here, http://new.bitmesra.ac.in/UploadedDocuments/admadmission/files/MBA%202016%20-%20How%20to%20Apply.pdf

Admission Procedure for BE in BIT MESRA

Admission Application for BE in Birla Institute of Technology- Ranchi

What are the best colleges for engineering in India?

Please click on the following link for top engineering colleges in India:

What is the admission procedure for BE at Birla Institute of Technology, Ranchi [BIT Mesra] 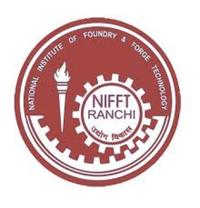 7.5/10
Birsa Institute of Technology, Dhanbad Dhanbad | Affiliated by AICTE
View All Questions & Answers
Are you interested
in this College?