EduHeal Foundation (EHF) is a non-profit organization that is supported by leading educationists, corporate heads, and prominent media persons. EHF is actively engaged in searching the young and talented school students by reaching out to 4000 schools across India. As an organization, EduHeal Foundation has pushed the boundaries of learning and competition in students by creating several Olympiads on a high standard to test student's skills. 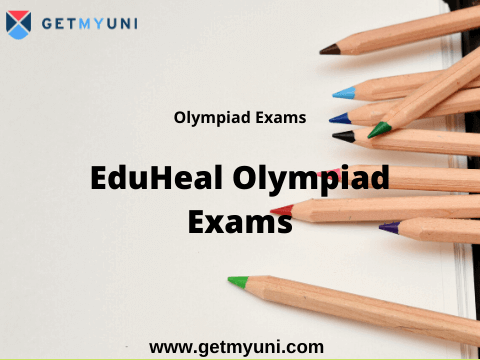 Most of the EduHeal exams are in the fields of English and other core subjects like maths, science, and computer science. EduHeal Foundation has worked on creating Olympiads based on sports and arts, pushing students to enhance their other talents in various fields. EduHeal Foundation is also the only official Indian partner of Google and is organizing the google science fair initiative into Indian schools. It has also partnered with the Bombay Stock Exchange (BSE) Institute for promoting financial literacy.

EduHeal Foundation helps identify the most talented students across the country. It does so by three levels of exams to filter the elite students. The three levels measure the student's intellect and select them for the next rounds. The final level is a sponsored program by world-class institutions and organizations around the world, which exposes students to research in each domain. Given below are the features of the EduHeal Olympiad.

Given below are the key benefits that students get by participating in the EduHeal Olympiad.

EduHeal foundation conducts various exams under different specialization. The list of Olympiads led by the EduHeal Foundation are,

Note: The student can refer to the list of Olympiad Exams is conducted by different organizations.

14 Essential Olympiad You Must Explore!

Note: For any Olympiad queries, leave your comments below.