Based on 82 Student Reviews
Fee Structure Admissions
<
>
Get Free Scholarship

National Institute of Technology, [NIT] Surathkal is one of the oldest educational institutions which is located in Surathkal(Mangalore) Karnataka started in 1960 and it covers an entire area of 300 acres. NIT is having an ISO certification and has well-experienced Ph.D. records. The mission of NIT Surathkal is to seek and continuously improve the performance and to grow into one of the best institutions for engineering education in India.

The vision of NIT Surathkal is to facilitate the transformation of the students into good human beings, responsible citizen of this nation NIT is having collaboration with various international and national institutes along with industries and organizations in and across the globe.

Here are some of the key highlights of NITK:

National Institute of Technology, Surathkal has different departments that monitor and guides certain areas of the institution for giving the quality of education to the students. Various departments of NIT Surathkal are mentioned below:

Department of Applied Mechanics and hydraulics:

Department of Computer Science and Engineering:

Department of Electrical and Electronics Engineering:

Department of Electronics and Communication Engineering:

Department of Mathematical and Computational Science:

Department of Metallurgical and Materials Engineering:

NIT Surathkal offers a wide variety of courses in different disciplines to the students. The admission for each of the courses is purely done on a merit basis. The important courses in NIT Surathkal are mentioned in the below table:

The institute has an excellent placement record. NIT Surathkal placement cell makes a very strong alumni network with a central computer with wide networking and internet access. NITK students can make use of this facility for their on-going studies. NITK, Surathkal also gives importance to the students in the field of sports too there is a separate block for sports inside the campus which includes all the modern facilities. One of the important specialty of NIT Surathkal is the campus is having good connectivity by road, air, and rail.

NIT, Surathkal has state of art infrastructure facility. National Institute of Technology Surathkal Facilities includes a library, health care center, guest house, staff quarters, and many more. Some of the important information regarding NIT Infrastructure are mentioned below:

Following are the National Institute of Technology, [NIT] Surathkal rankings given to the institute.

The list below contains the NITK Scholarships provided to its students:

National Institute of Technology Surathkal offers different courses under various disciplines. All these courses have different eligibility criteria and selection procedures. Each of the applications is assessed properly the criteria and admission process is mentioned in the below table:

What is the address of the National Institute of Technology Surathkal?

The address of the National Institute of Technology Surathkal is NH 66, Srinivasnagar, Surathkal, Mangalore, Karnataka 575025.

What are the courses offered by NIT Surathkal?

The college is approved by NBA; affiliated to Mangalore University, Mangalore.

NITK Houses many exclusive clubs namely IEEE, ISTE, ACM, IET, IE, and Rotaract. The Student Welfare association monitors the functioning, budget, and Membership of these clubs. There are many other Student teams like FSAE, BAJA, SAE, Web Development Club, IRIS, Astronomy Club, Entrepreneurship Cell etc. There are around 50 Techincal and 50 Non-Technical Clubs in the campus.

The major festivals include 1 Technical and 1 Cultural Fest. The Technical fest is called Engineer which happens in the month of October and the Cultural fest called Incident in March. There is also a BIZWaves event held in February. There will be an inter NIT Sports event in any NIT. The college actively participates in other local sports events. The cultural fest is among the top in the country and has footfall of 30000 people from around the country.

College life, in general, is fun as well as stressful. There are facilities to cater to one's needs but it is in the hands of the student to use it to the fullest.

The classes are held for 5 days in a week, the timings are 8AM-5PM. The students get many projects, assignments from the professors in their department. The course demands 1 project and 2 assignment for every subject in a semester.

The Students will have 2 Announced Tests, 2 Unannounced, 1 Mid and 1 End exam for every semester. They are evaluated and GPA of every student is calculated based on Relative Grading.

The teachers use both Class Room teaching as well as Practical Labs during their course work. The Professors are very well trained and informative.

My overall experience has been pretty good but there is always a room for improvement. The courses can be structured well and inter disciplinary courses can be offered. More Student-Teacher interaction can be implemented.

An ample number of clubs have been formed by students under various disciplines including robotics, astronomy, spirituality, art, craft, drama, literature, animal welfare etc. You name it and there is a group of students who have similar interest.

There are a lot more festivals celebrated inside campus like Onam and Diwali.

8 to 2,working on live projects and ( subject) assignment Excellent

Many clubs are there in the college Incident, ignite, Engi fest, and much more Normal but some time excellent 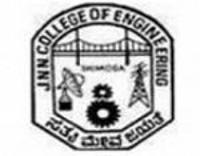 6.8/10
The National Institute of Engineering, Mysore Mysore | Affiliated by AICTE

7.4/10
Jawaharlal Nehru National College of Engineering, [JNNCE] Shimoga Shimoga | Affiliated by AICTE NBA
View All Questions & Answers
Are you interested
in this College?