Based on 15 Student Reviews
Fee Structure Admissions
<
>
Get Free Scholarship

The JNTUH Admissions process is very similar to the other colleges and is based on merit. Students have to appear for Engineering, Agriculture & Medicine Common Entrance Test which is known as EAMCET conducted by Telangana State Council of Higher Education. For diploma holders, it is the Engineering Common Entrance Test [ECET]. While for M.B.A./ M.Tech./ M.Pharmacy/ M.C.A. candidates, they have to sit for  GATE/ PGECET/ GPAT/ ICET.

JNTU is spread over 89-acre campus. The campus is well connected to the important parts of Hyderabad through road. The various infrastructure facilities are given below:

The College has been awarded numerous times for its contribution to society and education. It has also been ranked multiple times by different groups throughout the years. Some of these achievements are mentioned below.

Each of the students is connected with different types of activity based on their own capability, as mentioned below:

JNTU Hyderabad has signed memoranda of understanding [MOU with several National and Academic Institutions so that they can share knowledge and expertise, through the following: 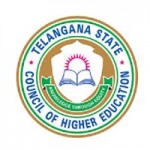 JNTU Courses are offered which is given below in the table below:

The candidates are offered admissions in each course depending upon their performance in the previous qualifying exams. The admission guidelines are mentioned below:

JNTUH College of Engineering, Institute of Science and Technology, and School of Information Technology:

Class starts at 9:30 am and end by 5 pm. Exams are as 2- mid exams and 1-semester exam for every 6 months. For every mid-exam, 1 assignment will be given for which 5marks are allocated. The quality and method of teaching are highly appreciatable. The overall experience is good.

Yes, we conduct the technical fest every year in all the departments. The festivals like the annual day, Christmas celebrations, Diwali, tech fest, sports day all are celebrated on the campuses.

Class timing is very good and suitable for the student who comes from longer distances. Teachers are well qualified and explain very well. Totally the experience is very good.

JNTUH conduct workshops and freshers party. Evey branch conducts its own fest in March which has the cultural day, annual day and tech fest.

High professional certified professors. my experience is awesome, being a university student I feel proud to be part of this college

We have techfest every year which is conducted by btech students.life in college is memorable in lifetime

Class timing is from 10:00 am to 4:30 pm. Method of teaching is good here. The lectures are nice they help the students to understand better.

Many types of social activities are there who support the student in development and knowledge. Technical fests are highly encouraged.

Class timing is from 10:00 am to 4:30 pm. Method of teaching is good here. The lectures are nice they help the students to understand better.

Many types of social activities are there who support the student in development and knowledge. Technical fests are highly encouraged.

The hostels of Jawaharlal Nehru Technological University have the following features:

The college presently has two boys hostels and one Girls Hostel. The college provides Hostel facilities for about 400 boys and 125 girls. Because of growing demand for students hostels, two more hostels are being constructed one for Boys and the other for girls which will accommodate 200 students each. These new hostels are near completion. There is a University Guest house with 30 rooms to accommodate guests and invitees. The guest house has attached dining hall.

There are many colleges which come under Jawaharlal Nehru Technological University. Some of the university are as follows.

8.6/10
G Narayanamma Institute of Technology and Science, [GNITS] Hyderabad Hyderabad | Affiliated by NAAC AICTE NBA
View All Questions & Answers
Are you interested
in this College?