Based on 15 Student Reviews
College Overview Admissions
<
>
Get Free Scholarship

I completed the course and its cost around INR 26k. 3-5% students got the scholarship.

About RCC Institute of Information Technology

Regional Computer Centre Institute of Information Technology (RCCIIT) is an engineering college of eastern India located in Beliaghata region of Kolkata, West Bengal, India. It ranks as one of the top engineering colleges in West Bengal. The college was established in 1999. It is a government aided institution aided by Government of West Bengal and is academically affiliated to Maulana Abul Kalam Azad University of Technology.The institute offers Bachelor's and Master's degrees in various Engineering streams as well as Masters in computer application. Students are admitted through West Bengal Joint Entrance Examination (WBJEE), AIEEE and GATE.The RCC Institute of Information Technology (RCCIIT) was set up in 1999 by the Regional Computer Center, Calcutta, located at Jadavpur University with support from theNational Informatics Center (NIC), Government of India and Department of Higher Education, Government of West Bengal under affiliation of the University of Kalyani.The institute started with only three streams viz. Bachelor's in Computer Science and Information Technology and Masters in Computer Application. In 2006 a new stream was added to the Bachelor's degree - Electronics and Communication. From 2010 onwards many new streams and Master's degree in different Engineering courses were added.

My course fee is INR 80,000. Scholarship options are available only for the student under below poverty line. Loans can be easily availed at the time of admission.

My course fee is INR 80,000. Scholarship and loan facility is available.

It's cheap as it takes only INR 3.64 lakhs for 4 years of graduation for cse department.

What's the admission procedure for B.Tech in RCC Institute of Information Technology, Kolkata?

The admission procedure for B.Tech in RCC Institute of Information Technology, Kolkata is given below,

Candidates must pass Higher Secondary (10+2) Examination of West Bengal Council of Higher Secondary Education or equivalent examination from a recognized Council/ Board in regular class mode with: a) Individual pass marks in Physics, Chemistry and Mathematics/ Biotechnology/Biology as compulsory subjects and b) Minimum of 45% marks in the above subjects taken together (40% for SC/ST/ PwD/OBC candidates) as well as pass in English with a minimum of 30% marks (for all categories of candidates) in the said qualifying examination.
Note: Pass marks in any subject shall imply pass marks in theory and practical individually, as specified by the concerned Council/Board.

Candidate should have Diploma in Engineering / Technology with minimum 60% marks from any Polytechnic Institute recognized by AICTE.

For more information regarding the admission, please contact the college. 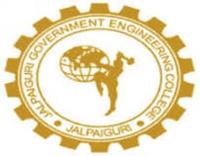 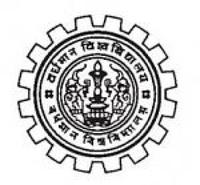 Meghnad Saha Institute of Technology, [MSIT] Kolkata Kolkata   6.7/10
View All Questions & Answers
Are you interested
in this College?