SHRI DHARMASTHALA MANJUNATHESWARA LAW COLLEGE, MANGALORE, KARNATAKA, Dharmasthala is a temple town on the bank of river Nethravathi, against a sumptuous backdrop of the Western Ghats. An important aspect of functioning of Dharmasthala is Nyaya Dana, meaning granting justice. Shri Dharmastala Manjunatheswara Law College (SDM) therefore gathered special importance throughout the state of Karnataka when the S.D.M Trust initiated the commencement of a Law College. The new building constructed after 2 years was inaugurated by Hon’ble Mr. Justice Late K.S. Hegde, the then Supreme Court Judge of India. Mangalore University was the first University in the entire state of Karnataka to introduce 5 years in LLB. Their vision and mission of the college is to organize co-curricular activities such as conducting camps with the help of NGO’s, Legal Service Authority and Revenue Officials to provide legal aid, a vital portion of the Indian Constitution.

"Nyaya Dana " is one of the important aspects of the functioning of Dharmasthala. So it was not a surprise hat when the S.D.M. Educational Trust initiated the move to start a Law college, it gathered special significance throughout the State of Karnataka . The educational institutions run by Dharmasthala have found a special place because of their concern for quality and discipline.

In 1974 the college commenced under the Mysore University . The responsibility of starting this new institution was efficiently handled by the then Principal Prof. N. J. Kadamba and in the beginning it started functioning in Besant women's college.

Within a span of 2 years the Management constructed a new building with all the necessary infrastructure at a very prominent location. The new building was inaugurated by the then Judge of Supreme Court of India, Hon'ble Mr. Justice Late K.S. Hegde.

Mangalore University became the first University to introduce the 5 years L.L.B. in the whole of Karnataka State . Our interest in bringing seriousness and professionalism depended on the commitment of the Management to do the best and the enthusiasm of the teachers to work with devotion.

5 year integrated course started functioning along with he existing 3- year course. The building and the infrastructure and teaching facility to meet the demands of the new 5 - year course was a great challenge. The management in all its magnanimity got ready to accommodate all the requirements by providing a magnificient building in which we are functioning now.

The concept of Legal Aid is considered to be a very significant area under the Indian Constitution. So the responsibility of participating in this activity by the Law colleges, was considered as necessary and relevant.

The students are properly trained to collect the data from the villages identified by the institution and on a convenient day the camp is conducted with the help of Legal Services Authority, NGO's and Revenue officials. The overwhelming response has given us a lot of confidence to involve ourselves in this area of social activity coupled with an intention to expose the students to social realities.The National Service Scheme has become an important part of higher education today.

Our Vision was to utilise this Co-curricular activity for the benefit of professional training in law. The need to sensitize the students to the compelling demands of the common man was being materialised by attempts through this scheme.

Our college has been conducting blood donation camps for the last 10 years and has won the recognition of being the college donating the highest units of blood in the entire University more than once.

SDM Law College library states itself as the spring of knowledge which irrigates the wealth of intellectual heritage of its users and help the society in transforming intellectual to action and supporting the nation by equipped young law scholars. SDM College library works with the vision of its college - to create an integral system that meets the legal educational needs of the region and community at large.

The objective of the Placement Cell in our college is to inform students about the wide variety of opportunities available in all sectors which provide openings to the law graduates, train and create interest among students to go for allied fields such as State and central civil service examinations and to invite H. R. executives to deliver talk on career opportunities to the law graduates in their respective organizations.

As Per Govt. Rules for SC, ST and OBC Students. 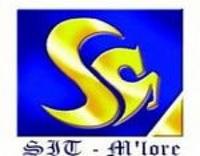