Class timings are from 9:45 am to 3:45 pm. 1 hour per subjects. We had assignments. Teaching is nice, but depends upon students though, how they listen concentrate. But quality and teachings it's nice. The overall experience is good or average on a rating of 10. I will give 6.7.

There are many associations like NSS, Women's Association, Commerce association, Kannada sangha a few to name. The main fest is Scientica made by science teams. It was a wonderful experience for me in my college.

Class timings are from morning 9.30am to till 4pm Quality of teaching is very good Overall experience is very good

A group of young teachers joined together and started the Canara High School in 1891 at Kodialbail, Mangalore, which was the Mother Institution the Canara Group of Institutions. Mr. Bantwal Padmanabha Baliga, Mr. Arkul Vasudeva Rao, Mr. Bantwal Vaman Baliga, Mr. Udyavar Srinivas Rao and Mr. Adige Padmanabhayya were the founding teachers of the school, who were responsible for starting the school.

Soon after the commencement of the school, a Board was constituted for its proper management and direction in which Mr. Ammembal Subba Rao Pai played a prominent role. His involvement and physical and monetary contributions for the school are commendable.

Born on 19th November 1852 at Mulky, Mr. A. Subba Rao Pai had his early education at Government College, Mangalore. He then moved to Presidency College Madras, where he graduated in Arts, securing the second rank. He passed his B.L Examination with distinction from the Madras Law College. Even though he wanted to settle down and practice law at Madras, the sudden death of his father in 1876 required him to return to Mangalore. In Mangalore, he earned name and fame as a Lawyer. His desire to empower girls from this area with quality education resulted in the birth of Canara Girls High School in 1894.

Till the year 1972 the CHS Association used to own and manage Institutions imparting only Primary and Secondary Education. In the year 1972 the Association thought of entering the field of collegiate education. The person who was responsible for taking this crucial decision was late Sri. Ullal Gopalkrishna Nayak who was elected President in the same year and continued to hold that office till 1981. The Foundation stone for a Pre-University College was laid in 1972 and under his stewardship; the building was completed in just six months. The Pre-University College was declared open on 2nd July 1972.

Within ten days of the starting of the Canara Pre-University College, the foundation stone for the building of the Canara College was laid by Dr. A.P.Pai, President of Canara High School Alumni, Bombay. The College was declared opened on the 4th of July 1973 by Mr. Holck Larsen, the then Chairman & Managing Director of Larsen & Toubro Ltd. Incidentally, Larsen & Toubro Ltd., is a professionally managed Company with International reputation for its products and with which the erstwhile Canara Bank Ltd. merged after the business of the bank was nationalized in 1969.

Canara College of Arts, Science, Commerce and Business Management, Mangalore was established in the year 1973 by the Canara High School Association, an organization which has been efficiently managing a number of educational institutions in Mangalore since 1891.

The decision to start Canara College was in response to the increasing demand for collegiate education from the Old Boys and well- wishers of the Canara High School Association, and a general need to have an institution of higher education which could impart the best type of academic instruction in Mangalore. The encouraging support of the philanthropic public of Mangalore soon resulted in the establishment of Canara College.

The foundation stone of the College building was laid on 12th July 1972 by Dr. A.P. Pai, Senior Life Member of the College Committee. The College is managed by the C.H.S. Association under the Presidentship of Shri Basti Narayana Shenoy. The College is indebted to its past President, the late U.Gopalkrishna Nayak, who was instrumental in the construction of the new buildings for the three high Schools, Junior College and the present First Grade College as well. The building was declared open by Mr. Holck Larsen of Larsen & Toubro Ltd. The college began its services by offering three- year degree courses in Arts, Science and commerce to the students without distinction of caste or creed.

The College aims not merely to provide University education but also equips the students to face the problems of life. The College lays great stress on the development of character and discipline among the young students so that they may turn out to be worthy citizens of our country. Today we are happy to say that Canara College is a name to reckon with in the District of Dakshina Kannada.The rush for admissions in the college has induced the management to expand in different fields of studies and an additional section was introduced in Commerce. New combinations in Science, with Electronics and Computer Science, as also a Vocational Course on electronic equipment maintenance for B.Sc., (from 1994) Computer Application for B.Com ( from 1996 ) and BCA (2001) were started. The College has introduced BBM Course in the year 2007 and Post Graduation course, MCom in the academic year 2012-13

The College has a very spacious Library with an impressive collection of books that helps the students to reach the pinnacle of excellence in their particular field of study. The Reading room is spacious where students can study up till the late hours.

An active placement cell in college enables the students to avail of career counseling sessions, information on avenues of higher/specialized education and campus interview and placement.

1. National Merit Scholarship (Selection from Govt. on the basis of merit).

5. Scholarship to the children of Beedi Workers on Merit, General, on Attendance for female students ( Pass in P.U.C. 45% 35% for SC/ST children of). 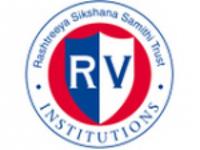 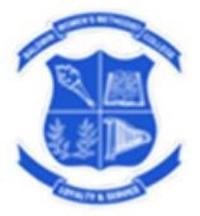 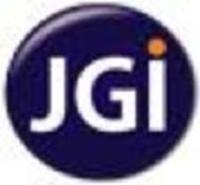 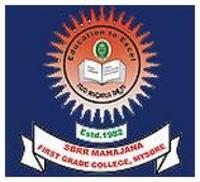