The need for establishment of an organization to undertake activities of plant introduction and germplasm augmentation for use in crop improvement was felt as early as 1935 by the ‘Crops and Soil Wing’ of the then ‘Board of Agriculture and Animal Husbandry’. The need was reiterated in a meeting of the Indian Society of Genetics and Plant Breeding in 1941, which inter alia discussed the subject of economic crops. Dr. B.P. Pal, working at IARI approached the then Imperial (now Indian) Council of Agricultural Research (ICAR) to set up a unit for assembly of global germplasm under phytosanitary conditions in India. The ICAR scheme for ‘Plant Introduction’ commenced functioning in 1946 in the then Botany Division of IARI under the leadership of the Late Dr. Harbhajan Singh as the first ‘Operational Scientist’. The unit was further expanded and strengthened as ‘Plant Introduction and Exploration Organization’ in the Botany Division in 1956, and later developed as a separate ‘Division of Plant Introduction’ in IARI in 1961. Subsequently, on the recommendations of the ‘High Level Committee’ constituted by the Government of India in 1970, the ‘Division of Plant Introduction’ was upgraded to an independent institute ‘National Bureau of Plant Introduction’ in August 1976 which was rechristened as ‘National Bureau of Plant Genetic Resources’ (NBPGR) in January 1977.

The establishment of the Bureau coincided with the advent of the Green Revolution and was in response to the realization of perceived effects of the Green Revolution on agrobiodiversity. Further, it was in accordance with the international developments in the form of establishment of the International Board for Plant Genetic Resources (IBPGR), Rome, in 1974 (now renamed as International Plant Genetic Resources Institute). The NBPGR played a pivotal role in the improvement of various crop plants and diversification and development of agriculture in India through germplasm introduction from various institutes/organizations located in foreign countries and germplasm collection from within the country and abroad and conservation thereof.

The National Bureau of Plant Genetic Resources (NBPGR) has its headquarters at New Delhi, located at latitude of 280 35’ N, longitude of 70018’ E and an altitude of 226 m above mean sea level.  The Bureau draws guidelines from the Crop Science Division of ICAR, Institute Management Committee, Research Advisory Committee, Institute Research Council and Germplasm Advisory Committees.

The Bureau has four Divisions, three units, two cells and an experimental farm at its Headquarters in New Delhi and 10 Regional Stations located in different phyto-geographical zones of the country.  Besides, a National Research Centre on DNA Fingerprinting and an All India Coordinated Research Network Project on Under-utilized crops are located in the Bureau. 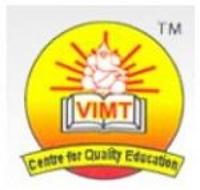 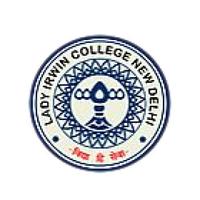 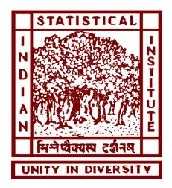