Acharya NG Ranga Agricultural University offers Bachelor and Master as well as Doctorate levels of education in the fields of Engineering, Management and Science pertaining to the Agricultural discipline.

For each semester fee is between Rs. 9,000 to Rs. 11,000 for B.Sc Agriculture. ICAR is giving an NTS Of Rs. 2000 each month for ICAR candidates No state scholarship for students as special.

For each semester fee is between Rs. 9,000 to Rs. 11,000 for B.Sc Agriculture. ICAR is giving an NTS Of Rs. 2000 each month for ICAR candidates No state scholarship for students as special.

The Andhra Pradesh Agricultural University (APAU) was established on June 12, 1964, at Hyderabad. The University was formally inaugurated on March 20, 1965, by Late Shri Lal Bahadur Shastri, the then Hon'ble Prime Minister of India. Another significant milestone was the inauguration of the building programme of the University by Late Smt Indira Gandhi, the then Hon'ble Prime Minister of India on June 23, 1966. The University was renamed as Acharya NG Ranga Agricultural University on November 7th, 1996 in honour and memory of an outstanding Parliamentarian Acharya NG Ranga, who rendered remarkable selfless service for the cause of farmers and is regarded as an outstanding educationist, Kisan leader and freedom fighter.

Shri. O. Pulla Reddi, I.C.S. (Retired) was the first Vice-Chancellor of the University. A life-size bronze statue of Acharya N.G. Ranga was unveiled by His Excellency Dr C. Ranagarajan, the Governor of Andhra Pradesh on 7th November 1998 at the main campus of the University.

Memorandum of Understanding with International Universities 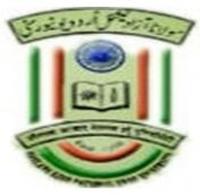