Based on the NIRF recent rankings, IIT Madras, IIT Delhi, and IIT Bombay are on the list of top IITs in India, with the highest score being 89.93. The top IITs in India are categorized under several parameters by the NIRF. IIT Madras has secured the top position in the overall and Engineering Institutions category with the highest score of 85.31 and 89.93, respectively. The IITs of India are governed by the Institutes of Technology Act, 1961, with a total of 23 IITs across the country, and they provide nearly 11,000 seats to all engineering and management aspirants.

The MHRD-NIRF ranking is based on five parameters: teaching and learning resources, graduation outcome, outreach and inclusivity, perception, and research & professional practice.

The top 10 NIRF rankings for IITs in India are as follows.

IIT Madras, i.e., Indian Institute of Technology, Madras was established in Chennai and was founded in 1959 by the Government of India. It was founded with assistance from the Government of West Germany. According to the NIRF Ranking, IIT Madras has been ranked as the Best Engineering Institute in India for over three consecutive years. The institute has around 550 faculty members and is recognized as the top IIT in India.

IIT Madras Fee structure ranges from INR 8 Lakh to INR 12 Lakh depending on the course opted. Generally, an MBA fee goes up to INR 12 Lakh.

Global companies like Amazon, McKinsey, Cisco, Dell Analytics hire graduates from IIT Madras with an average salary package of INR 14 Lakh. With a 63% placement record in 2019, around 250 companies are visiting the campus for hiring.

IIT Delhi was established in 1961 at Hauz Khas, New Delhi. The institute first started as the College of Engineering and Technology, but later on, in 1963, it was given the name IIT. IIT Delhi has a beautiful campus in the heart of India's National Capital and surrounded by famous monuments such as Qutub Minar and Lotus temple. The hostels in the institute's campus are named after the mountain ranges of India, and the institute ranks in the second position in the NIRF 2020 Ranking. The facilities provided by the institute make it a top IIT in India.

With one of the top placement services in India, IIT Delhi welcomes top companies recruiting fresh graduates on campus. The median annual salary is around INR 15.70 Lakh.

IIT Bombay is located in Powai and is the second oldest IIT in India. It was established in 1958, and the institute provides comprehensive graduate programs presenting doctoral degrees in Science, Engineering, Technology, and Mathematics. The institute has 17 academic departments with 13 multidisciplinary centres and 3 schools of excellence. For the last five years, 75% of the top 100 rank holders of the JEE Advanced examination have taken admission in IIT Bombay.

IIT Bombay courses fee for all specializations in B.Tech is INR 50,000 per annum, and a PhD course fee is around INR 30,000 per annum. An MBA degree fee is INR 4 Lakh for 2 years.

IIT Bombay Placement invites around 265 companies on campus with 1319 offers for students in big companies. The average package offered is approximately INR 20.34 Lakh per annum. IIT Bombay placement makes it a top IIT in India.

IIT Kanpur was established as a part of the Kanpur Indo-American Programme in 1959, which included the assistance of a consortium of 9 US Research Universities. The library on campus has a massive collection of more than 3 lakh books and journals, with nearly 4500 books and journals are further added every year. IIT Kanpur is a public research institute involved in various social and public utility projects making it a top IIT in India.

IIT Kanpur Placement invites many companies related to technology. Apart from that, companies from the finance area also show interest in hiring students from IIT Kanpur. As a result, almost 80% of students get placed on the campus with a good salary. The average salary depends upon the branch opted. On average, the salary offered is INR 8 Lakh per annum.

IIT Kharagpur is the oldest and the first Indian Institute of Technology, established in 1951 in West Bengal. The institute consists of 19 academic departments, eight multidisciplinary centres, 13 schools of excellence, and 25 central research units.

The library at the IIT Kharagpur campus is one of the biggest libraries in India, with around 3.50 Lakh books, documents, and research papers for students to access. The institute organizes two famous festivals annually, which are the Spring Fest and Kshitij Fest. It is a top IIT in India.

IIT Kharagpur placement invites companies from different sectors like Core Engineering, Consulting, IT, Finance, Automobiles to visit the campus for recruitment. In IIT Kharagpur, more than 1500 students have been placed in more than 250 companies worldwide. On average, the salary offered is INR 14 Lakh per annum.

IIT Roorkee, previously known as the University of Roorkee and Thomason College of Civil Engineering, was established by Uttarakhand Lieutenant Governor Sir James Thomason in 1847. The institute was declared as the seventh IIT of India in the year 2001. IIT Roorkee possesses 21 academic departments and provides 11 Under Graduate, 1 Integrated Dual Degree, 61 Post Graduate, and numerous Doctoral programs.

IIT Roorkee placement invites top companies like Microsoft, PayPal, Amazon, Facebook, Google, etc., to offer jobs. The average package is around INR 10-12 Lakhs per annum, though the highest can go up to crores. Jobs for core sectors like mechanical, civil, electronics engineering, and others like coding, design, architecture are offered. The Alumni network is very strong, with people working globally, making it a top IIT in India.

IIT Guwahati is the sixth oldest IIT of India, established in the year 1993, which is situated on the northern banks of the river Brahmaputra. The Indian Institute of Technology Guwahati consists of 11 academic departments and 10 research centres. Currently, there are about 215 faculty members along with 300 support staff. The institute has been among the top 10 IITs of India with a NIRF ranking of 7th position.

The institute has a Centre for Career Development handling all aspects of IIT Guwahati placements for graduating students. With around 1,060 students registered, there are around 300 offers every year with 20 international offers. The highest package to date is INR 1.5 Cr per annum (Microsoft).

IIT Hyderabad was established in the year 2008 in the Sangareddy district of Telangana. The Indian Institute of Technology Hyderabad is known for its academic strength, proximity, and research to the IT Hub. The institute has 14 academic departments and provides an undergraduate degree in 9 disciplines and a postgraduate degree in 8 disciplines.

IIT Hyderabad offers 285 seats in B. Tech degree courses. The institute is known to hold a 3-day fest known as Elan & Vision, which is a & techno-cultural fest. It is a top IIT in India.

IIT Hyderabad Placement has 261 placement offers made to over 418 students. In addition, there are about 22 international offers. Some of the top companies were Mercari, Toyota, Works Application & SMS Data Tech. With an 80% placement record, the highest salary offered in 2019 was INR 53.79 Lakh per annum, and the average salary is INR 16.74 Lakh per annum.

IIT Indore was established in the year 2009 in Madhya Pradesh. The institute consists of three schools, i.e., the School of Basic Sciences, School of Engineering, and Schools of Humanities and Social Sciences. IIT Indore conducts a 2-day annual festival called the Fluxus, which is a techno-cultural festival. It is recognized to be a top IIT in India.

IIT Indore Placement has 101 placement offers made to over 112 students. Some top companies were Google, Microsoft, DE-Shaw, Amazon, IBM India, Samsung R & R&D India, CISCO, GE India, Bosch, Barclays, Deloitte, TCS, and Infosys. With a 90% placement record, the highest salary offered in 2019 was INR 50 Lakh per annum, and the average salary is INR 9 Lakh per annum.

IIT BHU was established as the Banaras Engineering College in 1919. However, in 2012, it was classified as the Indian Institute of Technology. The Indian Institute of Technology Varanasi possesses 14 academic departments and 3 interdisciplinary schools. They also organize three festivals every year known as Kashi Yatra, Technex, and Spardha. It is a top IIT in India.

IIT (BHU) Varanasi Courses fee for all specialization in B.Tech is INR 1 Lakh per annum, and the M.Tech program is INR 10,000 per semester.

IIT (BHU) Varanasi Placement offers are made to over 1,050 students. 50+ companies visit the campus every year to find skilled fresh graduates. With a 71% placement record, the highest salary offered in 2019 was INR 1 Crore per annum, and the average salary is INR 8 Lakh per annum.

Every IIT institute in India has different departments offering a wide range of courses. There are 6 undergraduate and postgraduate courses each with a duration of 4 years and 2 years respectively.

The below table lists all the PG and UG courses offered in top IITs in India.

All IIT admissions are based on the entrance exams held on a national level. The exams change according to the courses opted for.

Find below a list of exams to prepare to get admission to top IIT colleges in India.

The Indian Institute of Technology (IIT) was first founded in Kharagpur. IITs are named the National Importance and hence lay down a framework for further governance. All the IIT colleges offer a range of course choices under their undergraduate, postgraduate and doctoral programs.

Aspiring candidates must meet certain criteria to qualify to be a part of the prestigious institution.

There are multiple rounds to qualify for the IIT courses. For undergraduate (UG) courses, the candidate must crack the JEE test. The JEE Main cutoff score by NTA and the minimum aggregate are 90.37 and 126 in the Common Rank List category. Besides, there is a concession for GEN-EWS, Other Backwards Classes (OBC-NCL), SC/ST, and PwD categories.

For postgraduate (PG) courses, students must qualify for the GATE examination. Here is an abstract table for PG cutoff references. Different Ways by Which UPES School of... 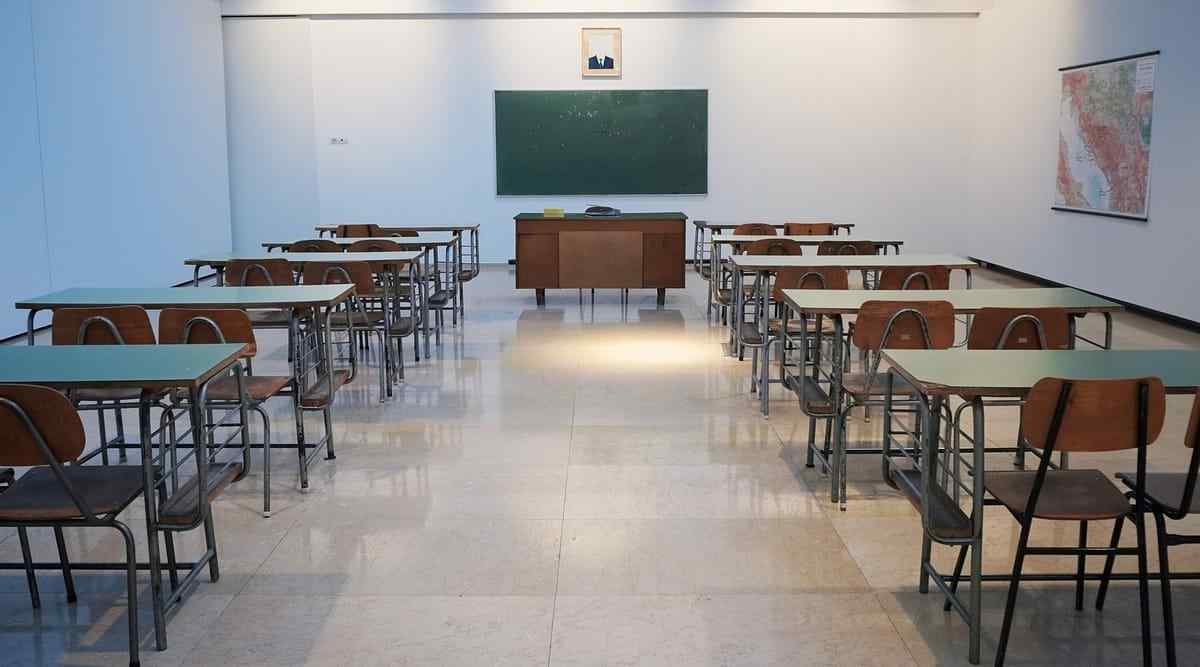 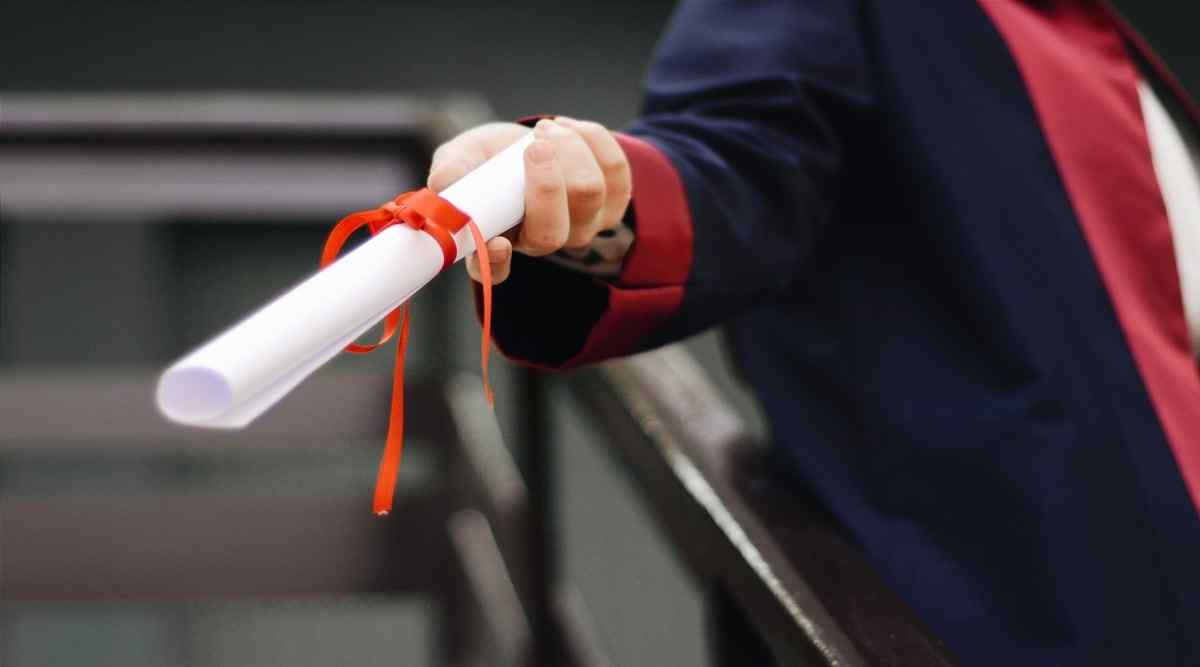