Based on 15 Student Reviews
<
>
Get Free Scholarship

The University of Calcutta gives B.Tech entry. Uh, and M.Tech. In separate specializations, the curriculum. In Combined, Part-Time, and Lateral Entry styles, such courses are offered. WBJEE qualified applicants are required to qualify for B.Tech, although a suitable University Level Entry score is necessary for non-CU applicants for the M.Tech program. CU applicants can choose between enrollment and merit-based admission free of charge.

CU candidates are automatically available for entry in the case of the M.Tech program, while non-CU candidates must appear on the Admission Exam. Students must remember that a strong GPAT score in place of GATE would be regarded in the case of M.Tech in Pharmaceuticals & Fine Chemical Technology.

Applicants are eligible to submit both online and offline. The application forms are available for download from the official university website. INR 500 + bank operation charges are the application fee for the B.Tech scheme.

Calcutta University offers various programs at the UG level such as B.Ed., B.Lib.Sc, B.Sc, BA, B.Com, and BA LLB. The candidates willing to take admission in any of these programs can apply online on the official website of the university.

The admission to BA LLB, B.Li.Sc and Integrated B.Li.Sc is based on the score on the Admission Test. BA, B.Sc & B.Com admission is completely merit-Based.

The basic eligibility for PG courses is a pass a Bachelor’s degree in the relevant stream. Some of the courses admission is granted on the basis of performance in the entrance test conducted by the university.

Which are the colleges that come under University of Calcutta?

How many departments are there in University of Calcutta?

How is the university campus of University of Calcutta?

The university campus of University of Calcutta is well equipped with all the facilities like hostel, brilliant study centres, libraries and other campus facilities along with well-equipped classrooms, Library, Seminar hall, playground, separate space for vehicle parking.

What are the eligibility criteria for M.Com at University of Calcutta?T

he eligibility criteria for M.Com at University of Calcutta is that the applicant must be an undergraduate in any recognized university with the minimum eligibility marks as required for the course.

Yes, the University of Calcutta is approved by UGC.

The eligibility criteria for taking admission in the University Of Calcutta is a candidate must have at least 55% of marks in graduation, and if the candidate is already a student under the University of Calcutta, they can directly take admission for post-graduation courses. If not you have to take an entrance examination which will be held on the university campus in the month of June every year.

The minimum cutoff mark is 55%.

For getting admission in Calcutta University, you need to have First Class (60%) and above for direct admission. Although it depends on the cut off and the availability of the seats. Rest of the applicants have to undergo an entrance test, which on clarifying, they get selected for admission.

I studied bcom accountancy honors and the cutting off percentage was 70 for first list student. There was so entrance examination when I applied for the course. And you have to be an accounts student to get admission to B.Com.

The eligibility criteria for my course is 60% in MA. The admission procedure of my course I have passed an entrance test then viva and then I got selected for admission.

The students must pass class 12th or equivalent with minimum 60% and the college entrance examination has to be given for the admissions.

Minimum 50% in graduation for getting admission in this course. Minimum cutoff in this year is 62% 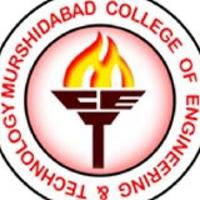 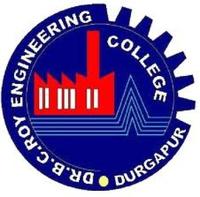