CETAA, formed in 1976 with the aim of establishing rapport with former students and to have common programmes which will be mutually beneficial. Now around 4000 of our former students are life members of the association.
The alumni who come under the banner of CETAA have established themselves worldwide. Now, CETAA has chapters at Chicago , Dubai , Kuwait Bangalore , America and Kochi .
Instituting awards and scholarships to reward excellence in curricular and extra curricular activities has been one of the major activities of CETAA. Prizes and awards are annually distributed in a prestigious award ceremony. CETAA day celebration is carried out every year during November, which gives a forum to meet alumni members. As on date there are 45 awards/endowments instituted by CETAA members in the names of former professors as well as their colleagues. The number of endowments and awards are given below. In addition, CETAA also has certain funds for helping poor students in their studies.

Best incoming student on the basis of marks in Maths, Physics and Chemistry in the qualifying examination. Instituted by : Chicago Chapter of CETAA.
Prof.M.G.Koshy Memorial Endowment
Best Student in Maths for all branches. Instituted by : Sri.George Koshy.

Govinda Shenoi Endowment
For the welfare of students. Instituted by : Sri.G.G.Shenoi

Scholorship for meritorious student from economically weaker section. Instituted by students of 70 -74 batch.

Appukkuttan Fund Awards
For the best outgoing student of the following 5 Branches in rotation. Architecture, Civil, Electrical & Electronics, Electronics & Communication and Mechanical. Once in 5 years the award comes back to the same branch. Instituted in his memory by his friends of 1986 Batch.

For an outstanding student in Sports and Academics.. Instituted by : Dr.P.Appukkuttan, 1963 Batch, settled in USA.

Prof.G.Nagappan Nair Memorial Endowment
For Student scoring maximum marks in Mathematics ( all semesters put together ). There are 4 Awards - One each to students of Civil, Mechanical, Electrical & Electronics and Electronics & Communication Engg Courses.

Prof:.S.G.Subramonia Sarma Memorial Endowment
Instituted in the year 2002 by the family members of late Prof. :S.G.Subramonia Sarma who was a professor in mathematics at various colleges in kerala including at College of Engineering, Trivandrum. The award to be given to the highest marks in MBA fulltime degree examination conducted by the kerala university from College of Engineering, Trivandrum.

Prof.K.Venkitaraman Memorial Endowment
For the Highest marks in 5th and 6th semester, Electronics & Communication Engineering. Instituted by staff members of Dept. of Electronics and the family members.

George Korah Memorial Endowment
Highest marks in 1to 4 semesters in the Dept.of Electronics. Instituted by: Friends of Sri. George Korah who expired while he was a final year student in of Electronics & Communication Engg.

Smt.Sarasija Memorial Endowment
For the best post graduate student in the Department of Architecture For the course in Masters in Housing. Instituted by : Dr. Ashalatha Thampuran. 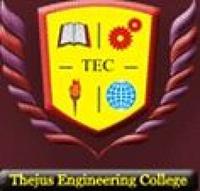 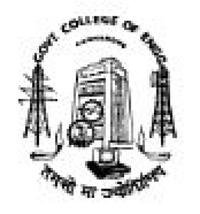 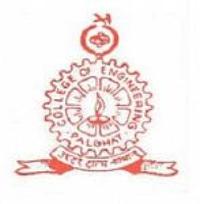 NSS College of Engineering, [NSSCE] Palakkad Palakkad   8.6/10
View All Questions & Answers
Are you interested
in this College?