Chhatrapati Shivaji College, Satara is the first college of the Rayat Shikshan Sanstha established in 1947 by Karmaveer Bhaurao Patil. It is one of the branches of the ‘Mighty Banyan’ that spreads its arms branching broad and long.

This college is named after Chhatrapati Shivaji, the founder of the Maratha Empire. ‘What is in a name?’ a cynic would ask. But to Karmaveer Bhaurao the names of great heroes and  of India were a great inspiration. He had kept the lives of great men as ideals before the students. So in the fitness of things this college, nestling at the foot of the historic Ajinkyatara Fort, was named after the great Maratha hero. When the Karmaveer decided to name this College after Chhatrapati Shivaji, an industrial magnate approached him and offered to donate two lakhs of rupees to this college if it was named after him. But the Karmaveer never hankered after money even for the sake of his institution. Karmaveer Said in the reply, “I have determined to name this college after the great hero. I would sooner change my father’s name than think of changing the name of college”.

The Karmaveer opened this college as a centre of higher education for the poor and needy students. The college laid stress on a very novel kind of educational philosophy. The students admitted here had to work in ‘Earn and Learn Scheme’ to earn their education. They had to stay in the hostel irrespective of their class, caste, colour and creed distinctions. The Karmaveer made all efforts to inculcate the essential values as self-reliance, dignity of labour, secularism, and national feeling in the students. He treated this college as a laboratory for the youths to become ablebodied, able-minded and ideal citizens of the country. The College is proved of this tradition and takes every effort to strengthen it. The desire of the Karmaveer that collegiate education should be brought within the reach of the students drawn from economically handicapped and educationally backward sections of the community came to be fulfilled through this college. The college through its ‘Earn and Learn Scheme’ has produced a good number of principals, professors, educationists, administrative officers and eminent personalities in the cultural, social, political, educational and co-operative fields. It has played indeed a vital role in shaping the state of Maharashtra. 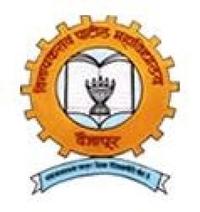 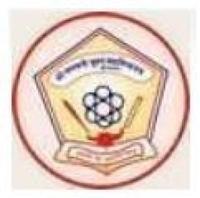 SBES College of Arts and Commerce, [SBESCAC] Aurangabad Aurangabad   10/10
View All Questions & Answers
Are you interested
in this College?