Based on 7 Student Reviews
Fee Structure Admissions
<
>
Get Free Scholarship

Check for other Pages Of AFMC

The Armed Forces Medical College was established in 1948 and is located in Pune, Maharashtra. It is a premier medical institute in the country and it was the first medical college that was established by the Armed Forces of any Asian country. It has been accreditated Grade 'A' by NAAC. It has a blend of modern and traditional infrastructure facilities that make for a conducive teaching-learning experience.

The AFMC Admission is open to students that want to pursue the medical, nursing, dental, and paramedical sciences and ultimately want to get placed in the Indian Armed Forces. The courses are for the undergraduate and postgraduate levels. The courses are taught by experienced faculty members. Moreover, the students receive the necessary practical training at affiliated teaching hospitals.

The below mentioned are the wide number of departments the college offers different programs.

Some of the achievement of Armed Forces Medical College, Pune has been mentioned below.

These are the Infrastructure facilities of the college.

AFMC courses include the following programs:

A sum of 150 candidates (counting 05 Govt. supported applicants from Friendly Foreign Countries) will be chosen in the year 2020 based on the NEET cut off, out of which 145 (115 boys and 30 girls) will be chosen as Medical Cadets for granting training (counting MBBS course) at the Armed Forces Medical College Pune with risk to get dispatched in the Armed Forces Medical Services as Medical Officers. The candidates are chosen, in addition to becoming doctors will also be working as officials of the Indian Armed Forces, wherein, they must be both physically and mentally powerful to be able to go through the afflictions of life in the Armed Forces. The chosen candidates need to have leadership characteristics, powerful communication abilities, and demanding physical standards, as the equivalent are prime essentials for serving officials of the Armed Forces.

The NEET cut off for the admission to MBBS in AFMC is given below: AFMC admissions include the following:

The college is approved by NAAC, MCI; affiliated to Maharashtra University of Health Sciences - [MUHS], Nashik.

The daily routine is from 8.30 am-4.00pm with clinical schedule between 10.30am-1.00pm The teachers are too good and provide with the best quality subject knowledge. Overall experience is very good with ample opportunities to excel in various extra-curricular activities.

You can find almost everything in this campus. You name it and we have it (expect for golf though). Cricket, Football, Basketball, Hockey, Athletics, Badminton, Squash, Tennis, and several indoor games. Music , Dance, Drama and even Film-making(MEDCINE club) is college's asset. Life is awesome at AFMC

Does the college provide financial support to required students?

Does the college provide hostel facilities?

The fee structure for M.B.B.S in Armed Forces Medical College, [AFMC] Pune is given below.

What is the admission procedure for M.B.B.S in Armed Forces Medical College, [AFMC] Pune ?

The admission procedure for MBBS is as follows :

What is the fee structure for MBBS at Armed Forces Medical College, [AFMC] Pune

The fee structure is given below 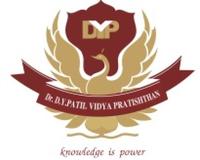 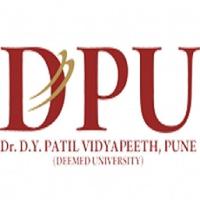 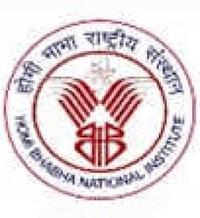 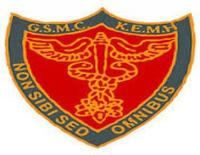 7.5/10
Mahatma Gandhi Institute of Medical Sciences, [MGIOMS] Wardha Wardha | Affiliated by NAAC
Are you interested
in this College?