Based on 490 Student Reviews
<
>
Get Free Scholarship

VIT, Vellore is spread over an area of 372 acres and provides world-class infrastructure to its students as well as faculties. The university has well-equipped labs, modern classrooms, auditoriums and conference rooms, and a highly hygienic cafeteria and hostels for both men and women.

There are 23 hostels on the VIT campus. 17 Men's hostels, which accommodate 13000 students and 6 Women's Hostels have room for 4300 students in single, double, Three, four bedded, and six bedded rooms. A gym facility is also attached with a well maintained swimming pool.
There are many PG options available outside college with different prices for different types of students.
VIT has been amply blessed with three fully-equipped multi-cuisine canteens present at three strategic locations in college with the best price for students.
VIT provides free Wi-Fi inside the college. Periyar Central Library in VIT is one of the top libraries with all facilities. Classes are fully equipped with projectors, fans, tube lights, etc. VIT is a well-maintained college.

They were many Hostels as I was relocated to Vellore, I was travelling from my home to university hence denied the option of hostels.

Food was provided I had never been as I was traveling home as it was near.

Our college had the best labs & Libraries. I still remember taking a lot of books for my reference from the Library.

Total 17 boys hostel blocks and 6 girls hostels blocks are there on the campuses. Fees depends upon type of room one has selected during room counselling. PGs are available with a charges of INR 3,000 per month.

The hostel fee varies as per type of room allotted which is in turn determined by merit order and choice.

I had taken a single non-AC room in my final semester which cost about Rs 85,000 per year. AC rooms are highly advisable in the Vellore summers. I had a 4-bedded AC room for my 1st two semesters, costing about Rs 82,000 annually.

The food is excellent- great quality and choice of cuisines available. It is also nutritionally balanced with salads on offer and of course hygienic.

Quality of classrooms can be better. Vellore is too hot for non-AC classrooms. Labs are pretty good, especially for those professors with funding. Dining halls are good. The wifi while fast enough, has limited data allotted per student.

There are 7 hostels in this college but I don't know about the fees structure. PG's are available outside the college.

There are many hostels in our campus . The food is good, cost per meal is INR 50. There are no PG's available near our campus. The quality of classrooms, labs, libraries are good.

The hostel is very big. With over 10+ buildings with a minimum of 5 floors, it has a large student capacity. The fee depends on the type of room you choose (AC/N AC) (1, 2,3,4,6 bedded). There are PGs and flats available but I haven't done any inquiry about that. I prefer the hostel ambiance. It's strict and well maintained. The food is also good ranging from South to North, veg, non-veg. WiFi is available for all students with a usage of 10 GB/month.

There are three hostel divided on the category like gender, year of course and your course. And the average fee for hostel is INR90000. but if u wanna opt for outside staying then it is better too...there are many flats near vit to stay at an average rate of 9000 for 2 bhk. Food in the hostel is close to satisfactory but they try there best and respects your opinion over the meal. There amenities and infrastructure is fine enough. Library is well structured and really a nice place to study.

There are around 10 hostel blocks for men and 6 for girls. Hostel fees range from INR 15k to 70k based on preferences like you want AC or not, how many people you want to be sharing your room. The food here is not like home but surely is better than other standard colleges. And quality is uncompromised. Mess fees go up to 50k based on preferences of cuisine. Payment is on the semester basis as mentioned above. Quality of classes is good, especially now that they have upgraded to smart classes. WiFi also is very good with up to 20gb per month and with an average speed of 200-250kbps.

There are 18 hostels for boys and 6 hostels for girls. You can also stay outside the campus.

Hostels are available and Pg's are also available nearby the campus. Classrooms, labs, and library are good.

I am not a hosteller but there is quite a huge number of hostels with good infrastructure. The food provided in hostels is also quite good as heard from my hostel friends.

In our college, they are A block to M block. The PG from outside cost Rs. 2.5k per month. The food in college was average and its cost is also average. Classrooms are good and overall infrastructure is also good.

I'm a day scholar so I don't know about the hostel procedure and pgs around the college. The classrooms are well built with full ventilation. Library is the best part of my university. WiFi is good and speed also. Shuttle cab plays the best role in helping students get to the place they needed inside the campus.

The food in college is good and it cost INR 45 per meal. The infrastructure of the Labs and library is well built.

Their many hostels my college with can accommodate at least 3000 people.

The quality of classrooms are mindblowing and Wifi facility is free for all students. The college infrastructure is good.

Vellore Institute of Technology, Vellore (otherwise called VIT Vellore or VIT University Vellore) is an Institute of Eminence (IoE) and a private university situated in Vellore, Tamil Nadu. It was set up by G. Viswanathan as Vellore Engineering College in 1984 under Section 3 of the University Grants Commission (UGC) Act, 1956. The University involves three other grounds situated in Bhopal, Chennai and Amaravati, and is run and overseen by the VIT Group of Institutes.

The facilities provided by the campus are mentioned below:

Library: The Central library spreads over to the ground in addition to six stories with a zone of 7770 sq.m. It has specific assortments of books, diaries and different assets in sciences, designing and innovation, biotechnology, humanities, sociologies and the board going from printed books, digital books, back volumes and CDsDVDs. The Central Library buys public and worldwide diaries on paper and e-Journals. Central Library is utilizing LIBSYS programming for library computerization.

Cafeteria: VIT has been plentifully honoured with three completely prepared multi-cooking cafeterias present at three key areas in school. Every one of the three cafeterias is on an agreement premise with outside cooks and gives quality food at very understudy amicable costs. Facilitating a wide cluster of foods and dishes, they take into account understudies home-style food from each edge of the country with no trade-off on the quality of the food.

Gym: There are four exercise centres, two only for men, one only for ladies and one shared by both. Two qualified exercise centre educators are accessible nonstop to prepare understudies explicitly for their separate games. This rec centre has separate timings for people. A/C Gymnasium expenses for understudies - INR 4000 (Per semester)

Shuttle service: College gives means of transport taxis that run all around the school during every one of the dynamic hours of the day. Transport taxis do not just take understudies from any highlight of any point. However, they do such small costs.

How are the canteen facilties at VIT? 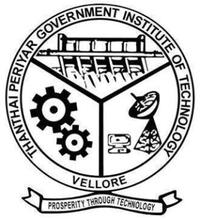 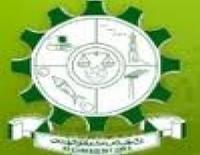 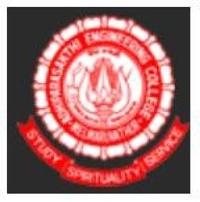 Gujarat University, Ahmedabad
View All Questions & Answers
Are you interested
in this College?