Based on 7 Student Reviews
Fee Structure Admissions
<
>
Get Free Scholarship

The 'Hindoo College’, established in 1817, was transformed into the ‘Presidency College of Bengal' in 1855. Hindoo College was the earliest institution of higher learning in the modern sense in Asia. The Presidency College introduced western education in the historical sense of the term and was originally a non-government college meant for the sons of the Hindu community alone. But the Centenary Volume (1955) notes: ‘The most striking feature of the Hindu College was its determined effort to impart secular education.’ In 1855 when the Hindoo College was renamed Presidency College, it became a government institution. The Hindoo-Presidency College, which aimed from the beginning at a liberal, scientific and secular education, stood on the side of the ‘Anglicists’ in the famous Anglicist-Orientalist debate. This meant that the college stood for modern, western education in the English medium. This, however, would not entail a neglect of Indian themes and subjects. This was borne out by the contribution of the students of the college to Bengali language and literature. The subjects taught at the outset were English, Bengali, Sanskrit, History, Geography, Chronology, Astronomy, Mathematics, Chemistry and some other science subjects. In addition, Law, Commerce and Engineering were taught for some time, but the teaching of these was discontinued later. Consequently, the college emerged as the most celebrated institution in India to impart a humanistic and scientific education.

Presidency University has a unique place in history. It was one of the first institutes of Western-type higher education in Asia. In 1817, a group of enlightened Indians and Englishmen set up the Hindoo College. This was taken over the British Government in 1855 as the College of the Bengal Presidency, and placed in 1857 under the newly founded Calcutta University. Over the next hundred years and more, Presidency College was Bengal’s pre-eminent centre of higher learning. Although a Constituent College of Calcutta University, it preserved a tradition of research matched by few universities in India. This gave a unique dimension to its undergraduate teaching. The Presidency University admission to done online through the official website of the university and the students seeking admission are required to sit for the entrance examination conducted by the university.

Like every State University in West Bengal, Presidency is headed by the ceremonial post of the Chancellor. The Governor of West Bengal is the Chancellor of every university in the state. Jagdeep Dhankhar is presently incumbent in this post. The Vice-chancellor is the academic and administrative head of the institution. The post of the Vice-chancellor replaced that of the Principal after the Presidency received University status. Professor Anuradha Lohia is the first permanent vice-chancellor of thal of 16 departments functions under the university. They are Bengali, English, Hindi, History, Performing Arts, Philosophy, political science, sociology, life sciences, chemistry, economics, geography, geology, mathematics, physics and statistics. Over the next hundred years and more, Presidency College was Bengal’s pre-eminent centre of higher learning. Although a Constituent College of Calcutta University, it preserved a tradition of research matched by few universities in India. This gave a unique dimension to its undergraduate teaching. The formal establishment of Presidency University in July 2010 allows it to refashion its venerable traditions and continuing strengths into a leading institution of the future.

The University has been successful in promoting an ambience of liberal arts and sciences where students from different fields can study across disciplines through the GenEd which has replaced the pass courses where subjects allied to the honours courses only are taught. The University has been propagating a culture of research-based teaching right from the undergraduate level. It has developed exchange programmes with foreign universities through which selected students can spend a semester abroad. In order to encourage entrepreneurship, the University has launched an entrepreneurship development programme for aspiring students. The University has a state of the art ICT network enabling complete wi-fi, total online administrative processes, modern research laboratories, and restored heritage buildings in its old campus.

The Presidency University courses comprise of science and arts with the relevancy to the societal context and the modern requirements of the society. The universities cherish its illustrious past but tries every moment to enrich its present. With a bunch of fresh, inquisitive students and dedicated faculty, the department’s quest for quality and knowledge is unbound. And this quest goes beyond the formal syllabus, beyond the four walls of our classrooms. Students are encouraged to question and debate, and raise issues within and beyond the syllabus. They are encouraged to participate in students’ seminars and present papers.

Presidency University with its quality education and with social moral values have always been the part of social development since its inception in 1817, the university provides facilities with the concern to the modern requirements and innovation.  The students are given sponsors research and other recreational facilities to embed the qualities required for their practical life. The university campus itself acts as a historic descent of the learning centre and the students encourage and provided with public speaking and other exchange programs to be more active and updated with the happening outside. The university provides modern laboratories and other modern facilities to make the academic learning experience worth. The students of the Presidency University gets the opportunity of growth and development inside the university campus itself with all the modern and innovation they brought to make the stay worth learning and experiencing.

Presidency University with hundreds of years of contributions towards the nation and the society to be particularly to the young and enthusiastic students making the approach to the society with lots of ideas and innovation. The university offers assistance to the students to fill the particular scholarships from the among schemes of scholarship offered by the respective states and central schemes available for

Its distinguished alumni have left their impressive mark in academia and all walks of life across the country and in different parts of the world. The bicentenary provides the occasion for the rejuvenation of the Presidency University through a new concerted civic initiative enabling it to play a role in the global transformation of university education in the twenty-first century. With the concern to the quality of the students and the contribution to the social moral aspects, the university set up the criteria so that they get the quality students and give out the best for the society and the nation and with home to a galaxy of dedicated scholar-teachers and brilliant students, Presidency University maintained its status as India’s premier institution of higher education in the early decades after independence.

The candidate should bring the following important documents in original and their photocopies positively for verification during counselling:

The cut-offs set by the university are altered every year and the cut-off scores are dependent on various factors like:

Following are the cutoff scores for specific courses.

The college is approved by NAAC, UGC.

The University provides with hostel accommodations to both boys and girls and it is divided into six wards and the houses two hundred and seventy-four borders including both undergraduates and postgraduate students. The hostel environment is safe and the university is committed to safeguarding the rights of every students and safety. Presidency University facilities are well maintained and updated to match the modern requirements of the students and to make the stay worth learning and experiencing. The hostels also provide opportunities for students personal growth in other activities other than academic and excel in all aspects.

Classes are held in accordance with the college working timings, which is from 10 am to 5 pm. There are usually 3-5 classes on an average every day for 5 days a week, and each class is 50 minutes long, leaving some free periods and recess time. There are internal assessments or mid-semester exams, and end-semester exams conducted for each paper in the course. Projects and assignments, whether a part of the mid-semesters or not, include writing well-researched academic papers, conducting seminars, conferences, and other departmental events such as fairs. The more innovative and creative the professor is, the more eventful and enjoyable the projects they assign become. Classroom teaching quality is par excellence, not just because of the content taught, but also the methods implemented in teaching. Learning is not just limited to classrooms anymore, both literally and figuratively.

Presidency University, Kolkata is one of the most well-reputed autonomous colleges in the nation, whose alumni includes many famous personalities who are revered nationally as well as internationally. Although the University is now quite infamous for politics among the Eastern college circle, the politics that the students here practice is one for the implementation and rightful conduction of every student's basic rights and duties as citizens of the nation.

The overall college experience is really good and enriching here at Presidency University.

There are various clubs and societies on campus, such as the art society, the quiz and knowledge acquisition society, and sports clubs include the football club, the badminton, and table tennis clubs.
Our main cultural festival is called the Milieu that takes place in the late spring every year. Then there are three freshers' induction events, each conducted by the departments, the Students' Union, and the college. Apart from that, there are some more events and celebrations held throughout the year, such as the University Foundation Day, Teachers' Day, Independence Day, etc.
The college life is overall very lively as well as enriching and motivating.

What is the admission procedure for BCA at Presidency University Kolkata?

Here is the admission procedure details.

Each candidate may apply for a maximum of two Honours subjects.

For admission, the candidate must pass any of the aforementioned examinations, with at least five
recognized subjects (full marks not less than 100), including English language. For candidates with
International ‘A’ level or International Baccalaureate qualifications, at least three subjects at the
IGCSE level and three subjects at the ‘A’ level are required, with English in either of the two levels. If
required, such candidates may seek help from the Chair Persons of the Admission Committee of the
Presidency University (Please contact the office of the concerned Faculty Deans at Presidency
University) before submitting their applications.

Please fill the Registration form in the below link.

How is the Alumni Network in Presidency University, [PU] Kolkata?

How is the International Tie-Ups of Presidency University, [PU] Kolkata?

The International Tie-Ups of Presidency University, [PU] Kolkata are excellent. They have representatives of The University of Groningen and the Trinity College, Dublin, the premier university of Ireland.

Who are the Notable Alumni of Presidency University, [PU] Kolkata?

Who are the Visiting Speakers at Presidency University, [PU] Kolkata?

Some of the Visiting Speakers that come to Presidency University, [PU] Kolkata are: 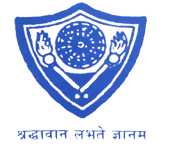