Based on 20 Student Reviews
Fee Structure Admissions
<
>
Get Free Scholarship

Check for other Pages Of MCC

Here are some of the key highlights of the Christian College, Chennai:

The Choice Based Credit System (CBCS) was introduced in 2003 – 2004 enabling the College to provide more choice for the students, especially interdisciplinary options and rationalized the workload of each paper in tune with the credits awarded. The Halls of residence for men - Selaiyur, St. Thomas’s and Heber and the Martin, Margaret and Barnes for women, contribute to the rich diversity and Contemporary lifestyle around the campus. The sprawling sports fields, as well as the cultural ambience of the college, is a great deal towards students’ personality and their all-round development.

The 150th year was commemorated in 1987, with the Prime Minister Shri Rajiv Gandhi participating in the main function and declaring open the Miller Memorial Library.  Dr A.P.J. Abdul Kalam, the then President of India was present at the 170th year celebrations in 2007 and inaugurated the Centre for International Social Work.

MCC Chennai emblem is a graphic representation of the philosophy of the college. In the year 2013, NAAC Recredited the MCC Chennai with A Grade (Highest Grade). In 2016 the award of ‘College with Potential for Excellence’ was given to the college. MCC College, Chennai has established the ‘MCC Boyd Business School’ in 2016, to offer world-class business education. Spiritual vitality, Academic excellence, and social relevance have always been the guiding principles of the Institution down the decades. The MCC College, Chennai celebrates its all milestones every year to energize the stakeholders included with it.

MCC Chennai has immensely strengthened the International Programs profile in the recent years.MCC admissions are going on. They have reach around the globe and the alumni and students of MCC currently study in the reputed colleges around the globe. We have already signed 15 MOUs with various educational institutions around the world. Some collaborations signed with Madras Christian College, Chennai are:

Madras Christian College Placements are excellent and students get placed in reputed companies. The college has a dedicated placement cell where students are given training for the interviews. The MCC College title benifits its students during the placements, Companies see it with a high degree of reputation.

Madras Christian College Infrastructure facilities are modern and very well maintained. As it is a well reputed educational institution funds are raised and infrastructure renovation happens time to time. The buildings are built in an Anglo-Indian Style of architecture and houses many well structured and hygenic amenities.

How are the faculty at MCC Chennai?

The Faculty are excellent and very well experienced.

How are the Hostel facilities at Madras Christian College?

The hostels are built with wonderful architecture and students can carry out their academic course work without any hindrances.

Who are the notable alumni at MCC Chennai?

Madras Christian College admissions are one of the most demanding in the country. The seats have a huge demand and students are very competitive. The admission procedure is given below:

The college is approved by NAAC, UGC; affiliated to University of Madras, Chennai.

There are three internal exams and an end semester exam. Many projects and assignments will be given. We study as well as experience life in MCC.

All festivals are celebrated on the campus. The life in MCC is enjoyable. We can study and experience with it.

As the course is part of the self-financing stream, the college timings are from 1 pm to 6 pm. The course is filled with hands-on training on reporting and editing news. The course covers journalism, designing, production of the newspaper, magazine, and advanced photography. The course serves as a boot camp for future journalists.

NSS, NCC, and the Scrub Society are some of the famous societies and associations in MCC. Besides, the drama club of MCC is famous in Chennai.

The annual cultural festival, Deepwoods, attracts thousands of students in and around the city.

How can I get the BCA Application form of Madras Christian College ?

Check the following link for the application details - https://www.mcc.edu.in/index.php?option=com_content&view=article&id=392&Itemid=273

Hi Irfan, Please go through the below link for list of top BCA colleges in india

apart from this it also conclude with student reviews regarding placements, fees structure,international exposure and all about

Application form of Madras Christian College,Chennai for BA courses are available from first week of May every year, so please check college website regularly.

what is the application procedure at MCC Chennai?

To apply to Madras Christian College follow the steps given below within TEN days from the date of publication of the Tamil Nadu Higher Secondary Examination results.

How to get the Application Form

The college offeres courses in Govt. Aided Stream and Self-finacned Stream. Seperate application forms are availble for these two streams. The application form and the prospectus can be obtained through any one of the following ways:

What is the admission procedure for BCA in MCC , Chennai?

After completing the application procedure the MCC ID will be generated and the same will be sent to your email ID and mobile. Quote the MCC ID for any queries regarding admission.

The link is given below: 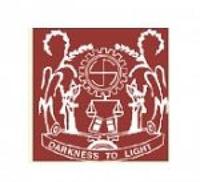 8.7/10
Presidency College, Chennai Chennai | Affiliated by NAAC AICTE
View All Questions & Answers
Are you interested
in this College?