Government Medical College & Hospital Chandigarh was inaugurated by the former Hon’ble Prime Minister of India, Shri Chandra Shekhar. The foundation of this college was laid on 20 January 1991 in Sector 32. The college campus is spread around 36.09 acres of land which has been allotted by the Chandigarh Administration. The provisional affiliation for the MBBS course was granted to the college by Panjab University.

Since its establishment, Government Medical College has achieved many milestones. And as far as ranking is considered, it has been ranked among the top 25 medical institutions consistently in India. It now offers postgraduate courses as well with a total annual intake of around 40 students. It is located in the city of Chandigarh.

For GMCH admission the applications are done online. The campus is surrounded by green trees and shrubs all around. It has an amazing and inviting atmosphere for education from students all over the country. There has been a rapid increase in MBBS Students intake per year from academic session 2013-14 when the intake increased to 100.

The College was granted provisional affiliation for the MBBS course by the Panjab University, for 50 admissions annually.

The college was established in the early 90s. More highlights about the university are mentioned below.

GMCH 32 offers courses in MD, MS, MD/MS. MBBS AND M.Sc.The list of offered courses have been mentioned below:

The institution started the following programs and facilities in various departments at GMCH, CHANDIGARH:

Some students have bagged placements abroad, mostly in the USA, generally with relatively higher percentile marks in the USMLE examination. In addition to this academic excellence, students of the College have consistently performed very well at different cultural, literary, and various sports activities. This Medical College has nearly about 250 teaching staff in the basic and other clinical departments in addition to the 70 junior residents. The faculty is very highly qualified and are selected directly or through PGI, Chandigarh, All India Institute of Medical Sciences(AIIMS), New Delhi, Directorate General of Health Services, New Delhi, and the states of Punjab, Haryana, Himachal Pradesh, and J&K. Admissions to Govt Medical College Chandigarh is strictly based on merit on the basis of competitive examinations conducted by CBSE and Combined Entrance Test conducted by the Panjab University or NEET.

The admission criteria of Government Medical College and Hospital, [GMCH] Chandigarh is according to the Panjab University Norms. Online forms are available on the official website, all the updates regarding the scholarships and others are available on that website. Admissions are done based on a particular cut off.

The college is approved by UGC, MCI.

The daily routine is good here. The quality and method of teaching are also good.

Glimpse (College Magazine) is only literary activity is available here. My life in college is good. 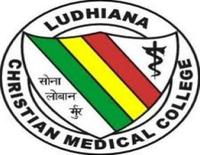 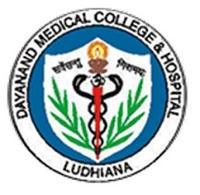 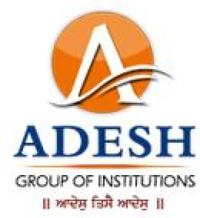 Adesh Institute of Medical Sciences and Research, [AIMSAR] Bathinda Bathinda | Affiliated by MCI
Are you interested
in this College?