The objective of the Scheme is to provide financial assistance to the poor and meritorious students belonging to minority communities to enable them to pursue professional and technical courses.

Scope
These scholarships are available for studies in India only and will be awarded through an Agency designated by the State Government/UT Administration for this purpose.

i) Financial assistance will be given to pursue degree and/or post graduate level technical and professional courses from a recognized institution. Maintenance allowance will be credited to the student’s account. The course fee will be paid by the State Department directly to the institute concerned.

ii) Students who get admission to a college to pursue technical/professional courses on the basis of a competitive examination will be eligible for the scholarship.

iii) Students who get admission in technical/professional courses any competitive examination will also be eligible for scholarship. However, such without facing students should have not less than 50% marks at higher secondary/graduation level. Selection of these students will be done strictly on merit basis.

iv) Continuation of the scholarship in subsequent years will depend on successful completion of the course during the preceding year.

v) A scholarship holder under this scheme will not avail any other scholarship/stipend for pursuing the course.

vi) The annual income of the beneficiary/parent or guardian of beneficiary should not exceed Rs.2.50 lakh from all sources.

vii) The state department will advertise the scheme every year latest by 31st March and receive the application through the concerned institutions.

viii) After scrutinizing the applications, the state department will prepare a consolidated budget for all eligible students and send an application in the prescribed pro-forma for release of fund from the Ministry of Minority Affairs for distribution of scholarship giving the details of each students viz. name, permanent address, telephone number, annual course fee, name & address of institute, whether hostler or day-scholar, etc.

ix) The application for release of fund from the state department must be received in the Ministry by 30th of September every year.

x) The state department will maintain separate bank account and records relating to the funds received from the Ministry and they will be subjected to inspection by the officers of the Ministry or any other agency designated by the Ministry.

xi) The fund for distribution of scholarship in subsequent year will be released after receiving the utilization certificate for the previous year. Annual inspection by the officers of the Ministry or any other agencies designated by the Ministry will also be carried out.

xiv) A student residing in a particular State/UT will be entitled for scholarship under the quota of that State/UT only irrespective of his place of study.

xvi) The scheme will be evaluated at regular intervals and the cost of the evaluation will be borne by the Ministry of Minority Affairs under the provision of the scheme. An additional provision of 3% of the total budget will be made to meet the administrative and allied costs viz. expenditure on monitoring of the scheme, impact study, evaluation study, purchase of office equipments, engaging of contract employees, if necessary and other expenditure to run the cell etc. This will be shared between the Ministry of Minority Affairs, Government of India and the State Governments/UT Administration.

iii) The Government of the State/Union Territory Administration, to which they belong, in accordance with the procedure laid down by them in this regard, will pay the scholarship money to the selected students.

Other Conditions For The Award:

ii) If a student is found to have obtained a scholarship by false statement, his/her scholarship will be cancelled forthwith and the amount of the scholarship paid will be recovered, at the discretion of the concerned State Government. The student concerned will be blacklisted and debarred for scholarship in any scheme forever.

iv) A scholar is liable to refund the scholarship amount at the discretion of the State Government, if during the course of the year, the studies for which the scholarship has been awarded, is discontinued by him/her.

v) The regulations can be changed at anytime at the discretion of the Government of India.

i ) An application for scholarship should comprise:

a) One copy of the application for scholarship in the prescribed form (separate application forms prescribed for ‘fresh’ and renewal of scholarship by the concerned States/UTs).
b) One copy of the passport size photograph with signatures of the student thereon(for fresh scholarship).
c) One attested copy of certificates, diploma, degree etc. in respect of all examinations passed.
d) An income declaration by the self-employed parents/guardians, stating definite income from all sources by way of an affidavit on non-judicial stamp paper. Employed parents/guardians are required to obtain income certificate from their employer and for any additional income from other sources, they would furnish declaration by way of an affidavit on non-judicial stamp paper.
e) Proof of permanent residence.
f) A receipt in acknowledgement of the scholarship in the previous year on the form attached to the application duly counter-signed by the Head of the Institution concerned, if the application was in receipt of a scholarship under this scheme in the preceding year.
g) The State department should satisfy itself that the student belongs to a particular minority community.

ii) Application complete in all respects shall be submitted to the Head of the Institution, being attended or last attended by the candidates and shall be addressed to an officer specified for this purpose by the Government of State/ Union Territory to which the student belongs, in accordance with the instructions issued by them from time to time. 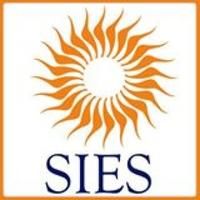 Pillai’s HOC College of Engineering and Technology - [PHCET], Raigad Raigad   5.6/10
View All Questions & Answers
Are you interested
in this College?