Staff Selection Commission (SSC) is a recruitment organization under the Government of India that recruits personnel for various posts in the Ministries and Departments of the Government. The organization also recruits for subordinate offices. The headquarters of SSC is located at New Delhi and they have 7 regional offices located at Prayagraj, Mumbai, Kolkata, Guwahati, Chennai, and Bangalore with 2 sub-regional offices at Raipur and Chandigarh.

They help conduct the exams and interviews for the various posts. One of the recruitment exams that SSC conducts is the SSC CHSL (Staff Selection Commission Combined Higher Secondary Level Exam). By clearing this entrance examination, the candidates can apply for the following posts:

The SSC CHSL Tier 1 result is usually announced a month or two after the exam is conducted. Candidates can follow the steps mentioned below to check the results of the exam:

The details included in the SSC CHSL Tier 1 results are as follows:

In case of the candidate’s marks being tied when creating a merit list for SSC CHSL, there are ways of resolving this issue. The authority focuses on the following: Study Abroad from Home with upGrad 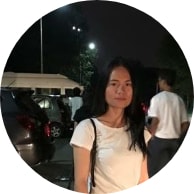 Nchumbeni Felic is a Content Marketing Specialist at GetMyUni, focused on creating reliable content with comprehensive research in the form of easy-to-read blogs, especially for entrance exams. A person who has past hands-on experience in developing curriculum, designed structure, managed and led teams for the US Education System for almost a year. She has been assisting students in private sessions for boards/HSLC exam preparation across various Indian states. As a “Botany enthusiast”, an exceptional educational background in Botany with a Master’s Degree and worked on several research projects. To unleash her shortcomings and skills of the academic venture, she participated in state and national level tests of PCBM subjects. Apart from exploring online resources for content development, she sets interests in adhering to amateur sketch and art, design trends, interpersonal and presentation skills, analytical thinking, and a budding SEO. You can easily spot her collecting manga or playing indie chords or games (exclusively 15 minutes). Grafting and finding herbs to add taste to the meals/beverages describes her routine. On the weekends, you might also find her glued to the screen watching psychology documentaries or NBA/soccer matches, trying to prove telepathy with her pets (only if animals could talk..!).