Nowadays, the knowledge that children get in school is mainly memory-based and lacks a basic understanding of the subject. Knowledge and understanding are built up when there’s a thorough understanding of a subject. To acquire this knowledge through proper learning to contribute meaningfully to tomorrow’s world, the students and schools need to change the way they look at learning. 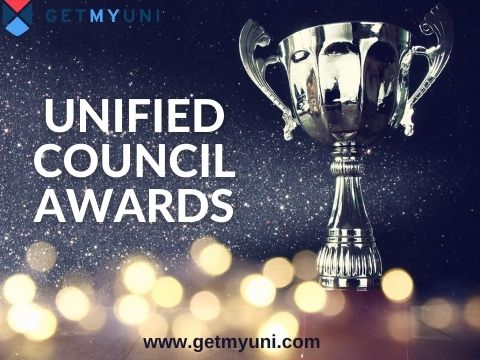 To enhance and motivate conceptual learning, many Olympiad organizations are being formed. Unified Olympiad is one among them. Unified Olympiad conducts exams under Maths, English, and Computer. To encourage more participation, the organization offers awards and prizes. Get to know more about the awards offered by the Unified Council.

Unified Council offers various diagnostic exams for students of classes 1 to 12. These exams help students pinpoint their strengths and weaknesses and compete with their peers to set proper benchmarks.

Unified Olympiad provides an online platform to prepare for the Olympiad Exams organized by them. The platform consists of a preparation guide, online topic-wise sample papers, mock tests, and a robust monitoring system.

NSTSE Olympiad awards the topper a cash prize of INR 2 Lakh. NSTSE topper is the one who achieves the highest percentage of marks among all the classes. NSTSE awards include a laptop, a memento, a medal, and a certificate. All students who appear for the examination are offered with a participation certificate. The top 3 rankers from each state (minimum of 10,000 students in a particular state) are awarded a special award for encouragement. He/she will be awarded an Olympiad coaching online subscription worth Rs.1198, and a certificate of appreciation.

UIMO Olympiad awards the topper a cash prize of INR 2 Lakh. UIMO awards include a laptop, a tablet/PC, a memento, and a certificate. In each school, 3 class toppers are declared and are awarded a medal and a certificate of appreciation. Priority for awarding ranks will be according to the marks acquired in the specified order of sections in the question paper if more than one student gets an equal top score.

UCO topper is awarded a cash prize of INR 2 Lakh. The UCO topper is the one who achieves the highest percentage of marks in UCO among all the classes. UCO awards include a cash prize, a medal, and a certificate of appreciation awarded to all the top rankers from 1 to 100. The top 100 ranks across the country are excluded first, and then the zone-wise ranks are declared.

Note: For queries/questions regarding any Olympiad Exams, leave your comments below.

Which is the best book to prepare for Unified Olympiad exams?

Besides, for classes 6 to 10, the best book students can refer are IIT/AIEEE/PMT/AIIMS/AFMC competitive exams reference books, BMA's Hand-Book of Mathematics, BMA's Handbook of Physics and Chemistry, and BMA's Hand-book of Biology.

Who are eligible to participate in Unified Olympiad Exams?

The eligibility criteria for different Olympiad exams conducted by Unified Council are,