The College is named after the father of Late Shib Chandra Banerjee, the well known civil engineer of all India repute who offered a munificent donation of land & cash to the West Bengal Government to enable the latter to establish a Co-educational Degree College under the "Sponsored" Scheme at his native village, Bagati.
The geographical location of the college is Latitude 22º59’ North & Longitude 88º22' East, Height of the place from sea level is 38 ft. (11.58 mtrs.).
Bagati, the seat of the College is located in an area that has a history of its own. The village itself is the native place of Ram Gopal Ghosh, the Demosthenes of Bengal. The legendary scholar, Jagannath Tarkapanchanan, lived in Tribeni within a mile from the site of the College. The vast stretch of land along the Ganga from Katwa to Bangladesh lying on the eastern fringe of Bagati, is the birth place of Navya-Nyaya, the most powerful & brilliant school of Indian Logic & Pride of Indian Scholarship. The college is located half-way between Tribeni & Magra, about a mile from both the Railway Stations on the Eastern Railway. It is also approachable by roads, connected by buses. The village is surrounded by a vast industrial belt & presents a combination of peaceful rural charm with modern facilities.
The college at the outset, was housed in the School building of Ramgopal Ghosh High School, Bagati. It started functioning on 21st July, 1958. It was later shifted to the present three-storied building on 24th April, 1959. The college has by now developed into one to the biggest institutions under the University of Burdwan.
The college has modern hostels for Boys & Girls within the campus. There is also a separated two storied building within the campus for the Students' Common Room – cum – Canteen.
With the mission of providing quality education, the college firmly believes that excellence of institution of higher education is a function of many aspects of which self-evaluation and self-improvement are important.
The college consists of three separate sections : (i) Morning, (ii) Day, (iii) Evening. 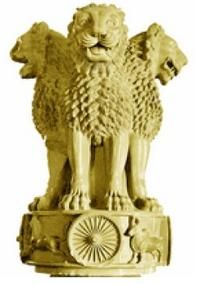