Based on 13 Student Reviews
College Overview Admissions
<
>
Get Free Scholarship

The fee is quite less as it comes under the government university.No loans required.

17,000 per year No freeship is available 30 to 40 students No loans are available

Chikitsak Samuha’s S. S. & L. S. Patkar College of Arts & Science & V. P. Varde College of Commerce & Economics was established in 1964. The College has various Aided and Self-Financed courses at the Junior, Under-graduate, and Post-graduate levels, along with Diploma and Certificate courses.

The College was founded by Chikitsak Samuha, a club formed of like-minded individuals who were keenly interested in education. The Samuha had already established and successfully run a school in Girgaon for many years before they decided to venture into the field of higher education.

The College stands on a plot of ground donated by Late Smt. Motiben Dalvi. The College was named after Sir Sitaram Patkar, a distinguished judge of the Bombay High Court, who was knighted after his retirement and his wife Lady Shantabai Patkar. Sir Sitaram was deeply interested in furthering women’s education and was the Vice-chancellor of the S.N.D.T. University for many years.

The College of Arts & Science started functioning from the academic year 1964-65, with Late Prof. A.N. Kothare, a distinguished lecturer in Chemistry, as the first Principal. In response to a heavy local demand for the Commerce faculty, the Commerce wing was started in 1980 with two divisions of F.Y.B.Com. which were extended upto the T.Y. level in subsequent years.

To provide career-based education, the College started degree-level Self-Financed courses of B.M.S. and B.Sc. Computer Science from the year 2000-2001 and B.Sc. - IT from the year 2001-2002. Similarly, for Junior College, Bi-focal courses (Electronics and Computers) were started.

Becoming a highly-regarded, sought-after educational institution, where teachers will facilitate the identification and development of students’ potential and also show them the way to utilise it constructively; where teachers’ expertise will be sought after not only by students but by industry and society at large, thus contributing to the well-being and development of the nation.

To enable students to be intellectually alive and responsible citizens of the nation, ready for continuous personal, professional and social development. We aim to achieve our Mission by introducing the latest technology and innovations in our educational transactions, having a creative and entrepreneurial approach, and at the same time sowing seeds of co-operation and mutual understanding among our students, thus fostering global competencies among them. 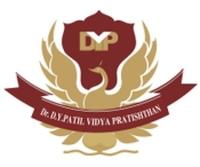 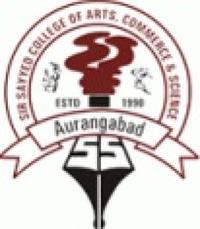 Sir Sayyed College of Arts Commerce and Science, [SSCACS] Aurangabad Aurangabad
View All Questions & Answers
Are you interested
in this College?