Course fee: 70,000/- per year(approx.) and PM scholarship is available. Around 95% of the applied students get the scholarship. No loans required.

The Rustamji Institute of Technology (RJIT) is the first Engineering College in India established by a Para Military Force. Due to deployment of the bulk of the Border Security Force (BSF) personnel in militancy affected areas, the majority of the force personnel stay separated from their families and is unable to look after the education of their children. A number of personnel are laying down their lives in the fight against anti national elements every day.

The Rustamji Institute of Technology (RJIT) has been set up with the objective of giving an opportunity to the children of serving BSF personnel as well as for those who have laid down their lives in service to the nation, for acquiring quality based higher technical qualification. The Border Security Force education fund sponsored the development of the Institute. The Institute is named after the founding father of Border Security Force Padma Vibhushan Late K.F. Rustamji. His high ideas and visionary zeal would be source of inspiration for the students to achieve and secure the highest goals in their career.

The Institute is located, in the campus of BSF Academy, Tekanpur, on the Gwalior-Jhansi National Highway No. 75, at a distance of 30KMs from Gwalior. The Institute campus is self contained with all the basic facilities for all round development of students’ personality. In addition to this, the Institute has well-equipped laboratories, a rich library with internet facility, Audio-Visual facility and place for organizing and conducting various other activities.

To emerge as world class resource centre for Engineering and Technological inputs and developing Institute as a centre of excellence and produce Technocrats of high caliber.

Foreign year course fees 72000 rupees. For scholarship options, there is PMSS for CAPF Wards and State Scholarship for the MP students. About 70 80% students get the scholarship. Loans are available from UCO Bank.

The fee for a semester goes around INR 24k to INR 30k for almost all students and some exceptionals also get relaxation like widows and single girl child etc Most of the students who apply for PM Scholarship get selected for availing the scholarship 3 scholarship r provided here PM scholarship, Force scholarship, Merit scholarship. Such types of scholarships r giving financial support to their students.

Courses fee for Be is 65k per annum. Scholorship are provided from mp govt. And Bsf but these are totally other...or the student who gets highest marks will get rewared

The course fee in college is okay. There are scholarships available for the students.

INR 70000 per annum is the course fee. National scholarship is available to students. 90% student get the scholarship. No loans are needed.

What's the fee structure for BE (ME) in Rustamji Institute of Technology, [RJIT] Gwalior?

The fee structure for BE (ME) in Rustamji Institute of Technology, [RJIT] Gwalior is given below.

For more information regarding fee, please contact the college. 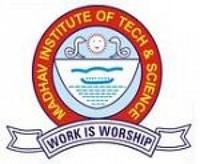