Based on 12 Student Reviews
Fee Structure Admissions
<
>
Get Free Scholarship

Check for other Pages Of PAU

The University currently has 28 departments and 4 constituent colleges. The college has excellent infrastructural facilities with state-of-the-art libraries, laboratories, mess facilities, and hostels. It has been honored with several awards for its contribution to agriculture in the country. Punjab Agricultural University Admission has played an important role in making the country self-sufficient in food grain production and that is why it is known as the "Mother of Green Revolution".

The University is well known for designing new courses, modifying course curriculum and other academic matters. The University was established to produce more and more helping hands to the farmers of the state for agriculture. Punjab University provides research and finding for the farmers which help to improve productivity. PAU always looks for the Welfare of the students,  conducts extracurricular activities, sports, and provides medical and healthcare services. The University aims at being a center of excellence in the field of Agriculture through research and innovations.

The university offers courses in Engineering and Science. The institute has a strict no-ragging policy. The university was inaugurated by Paṇḍit. Jawahar Lal Nehru, Prime minister of India in the year 1963 and was also deemed as the Best Agricultural University in India, in the year 1995.

The university offers courses in Undergraduate, Postgraduate, and Doctorate programs under its constituent colleges. They are five different colleges under the university head, which offer various courses in the field of agriculture, horticulture and forestry, agricultural engineering and technology, basic sciences and humanities, and home science.

College of Horticulture and Forestry:

The University has set up the College of Horticulture and Forestry to impart and create knowledge and advanced technologies, for meeting Economical, Environmental, and Health needs of the State and Region. Excellent infrastructure, effective, and highly qualified faculty members make it possible to equip students with better skills and training. The College has Four Departments under Horticulture and Forestry, They are Fruit Science, Vegetable Science, Floriculture and Landscaping, Forestry and Natural Resources.

Other Courses offered under Master's Programme in Horticulture and Forestry:

College of Agriculture Engineering and Technology:

The University started the college of Agriculture Engineering and Technology with an aim to free farmers and help them amplify agriculture produce through mechanization and effective management of the natural resources. The College is actively involved in conducting research, bringing about innovation in the agricultural operations, and demonstrating the modern methods of production for the farmers. The Departments of agriculture includes

College of Basic Sciences and Humanities:

The College of Home Studies was started with The objective of empowering women and improving the quality of life of families by committing itself to excellence, innovation and to attain effectiveness in teaching. The departments of this College include Apparel and Textile Science, Family Resource Management, Food and Nutrition, Extension Education and Communication Management, and Human Development and family studies.

The University has developed good infrastructure including Research and Innovation Centres. it has a sprawling campus of 1,222 acres. The Administrator building has been named after the founder. The infrastructure facilities provided by the University include the College building, classroom and laboratories, Auditoria, Smart Classroom, and Examination Halls.

The university has a dedicated placement cell which guides and helps the students in career choices and in the initial parts of recruitment. The incubation center at Punjab Agricultural University aims at providing the technique to build the gap between consumer and the producer. The activities of the placement cell include:

Other Top Trending Colleges in India:

PAU, Ludhiana has set eligibility criteria for all its courses. Candidates are advised to refer the eligibility conditions and then apply to the university.

The application forms are available on the official website of the college. The candidate applying for Punjab Agricultural University must have to submit all the required papers along with the application fees. The admission related highlights are mentioned below:

3rd counseling for admissions to B.Tech Agriculture Engineering a 4-year program will end on 07th October 2020.

The college is affiliated to Punjab Agricultural University - [PAU], Ludhiana.

There are different hostel facilities provided for boys and girls. The hostels also provide facilities for indoor games. They also provide daily newspapers and important magazines to keep the hostel inmates educated with the current affairs.

What is the admission procedure for B.Sc(Agriculture) in Punjab Agricultural University, [PAU] Ludhiana ?

The admission procedure for B.Sc(Agriculture) in Punjab Agricultural University, [PAU] Ludhiana is as follows :

Last date for application with entrance test late fee of Rs.1000/- on Third week of May 2016

Last date for application without entrance test late fee of Rs.1000/- on Third week of June 2016

Applicants have to pay Rs.3955/- for each Entrance Test that includes the cost of downloaded form/Prospectus.

A valid unique e-mail ID is necessary for uploading each application form.

The Applicants are advised to visit PAU website www.pau.edu.

The prospectus can be obtained from Centre for Communication and International Linkages, PAU; Seed Sale Shop, Gate No.1, PAU, Ludhiana and incharge, institute of Agriculture, Gurdaspur and Bathinda.

The duly completed Application Form should reach in the Office of the Registrar, Thapar Hall, PAU, Ludhiana-141004 on the before the due date.

Application forms which are incomplete / without entrance test fee (wherever applicable) received after prescribed date will not be considered.

When will be the Punjab Agricultural University, Ludhiana entrance exam conducted?

You can Contact to college admin section for all your query regarding Entrance Exam, Admission Process, course fees and all about,

Can i get admitted into Punjab Agricultural University without writing the entrance test ?

Im sorry to inform that you cannot get admitted into the Punjab Agricultural University without writing the entrance test. 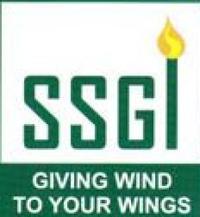 7.2/10
DAV University, Jalandhar Jalandhar | Affiliated by UGC
View All Questions & Answers
Are you interested
in this College?