Based on 12 Student Reviews
<
>
Get Free Scholarship

About Orissa University of Agriculture and Technology, [OUAT] Bhubaneswar

OUAT Bhubaneswar was established on 24th August, 1962. It became fully operational from 1st February, 1963. In 1964 the University started the College of Basic Science and Humanities. College of Agricultural Engineering and Technology was started in 1966. The University went on opening a number of colleges after that.

Ever since its inception, the university is dedicated to improve and grow in the areas of research. In 1963, OUAT Bhubaneswar took over the state-owned Agricultural Research Station. Right after that, the Jaypore, Behrampur, Kendrapara, Chiplima, Jashipur, and Pottangi was taken over by the University. The University has established many research stations under the aegis of ICAR and Government of India.

OUAT Bhubaneswar offers a variety of programmes all divided in its constituent colleges. The college has well-experienced faculty members. The University aspires to become a Premier Farm University in India. It strives to develop an innovative model of education and research which will be an example for all the farm universities of the country. The OUAT Bhubaneswar Admissions for all courses and programmes require different eligibility criteria and process.

The colleges under OUAT Bhubaneswar are mentioned below.

The University has a number of projects that are financed directly by the Government of India. Some of the projects are mentioned below.

The University is working on 40 ad-hoc research projects at present. The number has gradually increased from 10 when it was started.

After realizing the importance of technology in farming, the university started working on various projects in collaboration with NATP. In OUAT Bhubaneswar 41 NATP projects were being operated.

In OUAT, Agricultural Research Information System [ARIS] project has been operating since 1996.

Courses and Fees Structure of Orissa University of Agriculture and Technology, [OUAT] Bhubaneswar

The college is approved by UGC, ICAR; affiliated to Orissa University of Agriculture and Technology - [OUAT], Bhubaneswar. 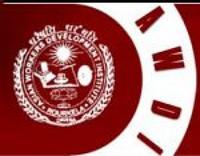 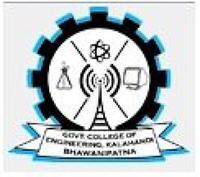