Based on 5 Student Reviews
Fee Structure Admissions
<
>
Get Free Scholarship

Jawaharlal Institute of Postgraduate Medical Education and Research (JIPMER) can follow its sources to the 'Ecole de Medicine de Pondicherry' set up by the French Government in 1823. In 1956 establishment for another clinical school was laid and in 1964, the medical clinic was initiated. JIPMER turned into a foundation of public significance under the Ministry of Health and Family Welfare, Government of India in the year 2008. It is an organization set up for instructing, exploration, and patient consideration in the region of wellbeing. JIPMER spreads more than 192 sections of land. The establishment houses one managerial square, one scholarly focus, one nursing school, seven medical clinic blocks, seven extra administration structures, and four private buildings. 12 expansive kinds of clinical, nursing and associated wellbeing science courses covering all orders in medical care from essential to super-strength preparing are led.

JIPMER is one among the few establishments in the nation which is giving instructing from undergrad to super strength and sub-fortes, leading way breaking research, and giving claim to fame care of the high request. The model of giving free strength medical care while keeping up quality and wellbeing makes JIPMER a remarkable model in the nation. JIPMER's achievement in giving the best treatment even to the most un-moderate in the public eye makes it a model of strength care conveyance of things to come. JIPMER keeps on positioning among the top best five clinical schools in the nation. JIPMER is seeing development as new grounds like JIPMER Karaikkal, JIPMER outreach focus at Yanam separated from the destined to be charged screening OPD square and super forte augmentation block. Calculated designs for Puducherry's second grounds for the Institute of organ transplantation and the Institute of cutting edge injury and restoration were started during this period.

On 14th July 2008, JIPMER has announced an Institution of National Importance and got self-governing by an Act of Parliament. It grants admissions in degrees under Clauses 23 and 24 of the JIPMER Act, 2008. Different courses are offered in JIPMER. It runs an MBBS course taking 150 understudies every year after a broadly held placement test. Moreover, postgraduate projects (MD/MS) are offered in 23 controls, Super Specialty programs (DM/MCh) in 10 and 7 teaches separately, Ph.D. programs in 8 controls, and Fellowship courses in 4 orders, JIPMER likewise leads different courses including B Sc Nursing (75 seats/yr), 5 MSc Nursing, 10 B Sc Allied Medical Sciences (58 seats), 5 M Sc Allied Medical Sciences and MPH (25 seats/year). JIPMER conducts a broadly acclaimed ten-day National Course on Educational Science for Teachers of Health experts two times every year. The NTTC is the just one among the five such focuses to proceed with its National Course and to date, in excess of 1600 members have been prepared in instruction innovation.

Below are some of the highlights of the Medical Institute: The college is approved by NAAC, MCI.

Classes start from 8'o clock in morning and continue till 4.30 pm in evening with a lunch recess from 1 pm to 2 pm. Teaching is excellent.

There are quite a lot of student societies sharing common interests. There are various clubs like literature and debate club, photography club, sports club, cultural club. etc Spandan is the biggest and main cultural and sports fest of JIPMER and a pride for all JIPMERites.There are various other smaller fests. 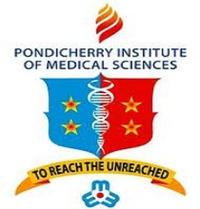 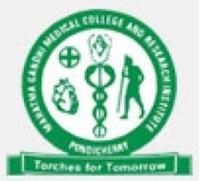 6.3/10
Mahatma Gandhi Medical College and Research Institute, [MGMCARI] Puducherry Pondicherry / Puducherry | Affiliated by UGC
Are you interested
in this College?