The campus has a well-established training and placement cell for providing job opportunity to eligible students. The placement cell organizes various industrial visits to help students learn and build their skills and prepare them to face the corporate world.

The top companies participating in the placement drive are mentioned below:

The chart under displays the highest and average CTC offered to the students from 2015. Ans. In 2017, the highest CTC and average CTC was INR 8 LPA and INR 4 LPA respectively.

I haven’t done any internship yet. Marketing and sales companies visit our campus. The average salary is INR 84000 per annum. Around 5% of the students get placed.

Which companies come for placements at Barkatullah University? 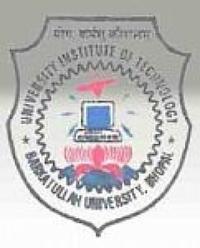 Punjabi University, [PU] Patiala
View All Questions & Answers
Are you interested
in this College?