Central Board of Secondary Education (CBSE) conducted the class 12th physics exam on 2nd March 2020. The exam was conducted across multiple centres within the country and took place between 10.30 AM and 1.30 PM. CBSE class 12 Physics exam included theoretical as well as practical exams. Physics practical exam has a weightage of 30 marks and was conducted prior to the commencement of theory exams. The Physics theory exam has a weightage of 70 marks where the paper is divided into four sections.

CBSE has 3 sets of physics paper for students appearing for the class 12th Physics exam every year. Questions were said to be quite different across all 3 sets and not just the order of questions that were asked. The physics paper was divided into four sections - section A, section B, section C, section D. Although all questions on the question paper were compulsory to attempt, internal choices within questions were provided for students.

Most of the students who appeared for the CBSE class 12 physics exam found the paper to be lengthy and rather difficult when compared to the physics sample papers released by the board. Although students agreed that none of the questions asked was out of syllabus, the questions themselves were tricky and not straightforward as one might have expected.

Most students who were interviewed once the exam concluded stated that the most difficult section in the CBSE class 12 physics paper was section C primarily due to an increased number of questions and the type of questions that were asked requiring multiple steps such as derivation etc. There were also some students who found section D to be more difficult than others.

According to one of the examiner's, the CBSE class 12 physics paper 2020 was quite heavy on numericals unlike the physics sample papers and previous year's paper. Section A that consists of MCQ's are usually considered to be easy to score, however, this time there were a few twisted questions that could have posed a problem for some students.

Set 1 and Set 3 had entirely difficult questions, according to the examiner. The last section where each question carries 5-marks that are normally expected to be theory-based were divided into sub-parts and included numerical questions this year. 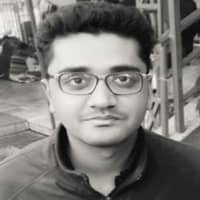