Based on 23 Student Reviews
<
>
Get Free Scholarship

Vasavi College of Engineering [VCE] is a private independent institution in Hyderabad, Telangana. It first opened its doors in 1981. The National Board of Accreditation has granted the college accreditation. Osmania University is connected with Vasavi College Of Engineering.Through its gorgeous landscapes and architectural structures, the college has a good and refreshing appeal.

Vasavi College of Engineering is a self-financing college in Hyderabad with a long history. To handle the curriculum, the college has a full-fledged infrastructure and highly qualified faculty.

Through its gorgeous landscapes and architectural structures, the college has a good and refreshing appeal. The college is committed to its purpose of encouraging students' entire development for a brighter future. The college maintains a Research and Development Cell that conducts research in areas such as networking, digital signal processing, robotics and automation, optical imaging, and so on.

The college also hosts a number of social and cultural events that allow students to demonstrate their abilities. It has a number of clubs that students can join. The college provides six undergraduate and six postgraduate courses, with 600 and 156 students enrolled in each. Students at VCE have access to well-organized career advice.

The college offers different Value-Added courses such as CISCO, DSP, Embedded System, CAD/CAM, GIS, and VLSI in order to make its students industry ready and to increase their technical expertise. It is the state's first and only college to offer these courses.

Candidates must fill out an application form, which can be found on the college's official website at www.vce.ac.in. The application registration cost must be paid online by candidates.

The Vasavi College of Engineering 2020 cutoff has been announced. The college cut off determines admission to several programmes such as B.Tech, M.Tech, and MCA. Candidates must take the TS EAMCET exam to be considered for admission to this college.

Language labs are available at the college to help students enhance their interpersonal skills. The college features a Phonetics lab where students can improve their communication skills. It features a Career Guidance and Counseling Cell that has been established to assist students in making decisions about their future.

The college has a centralised computer centre that is connected to 1395 systems. This facility allows students and employees to access a variety of e-resources. Students and employees can use the College's Wi-Fi network to connect to the Internet. It has a computerised Central Library with over 12,971 items, as well as e-journals, periodicals, and IEEE proceedings.

Approximately 73% of the total number of pupils were placed. Accolite Software India Pvt. Ltd. offered the highest package of 13 LPA in 2018-19 placements. Around 173 students received multiple offers. Infosys, Deloitte, Cognizant, Accenture, and others are among the key recruiters at VCE.

The College's CSI Alumni have established annual grants for students who are excellent performers in their second semester. The students can apply for government scholarships based on their EAMCET scores. Nationalized banks offer loans to students that can be returned after the course is completed.

Vasavi College of Engineering, which was established in 1981 by Vasavi Academy of Education, has a long history of success in technology-based education. VCE has a long and illustrious history in India, particularly in the state of Andhra Pradesh. The college has developed into a centre of excellence in engineering education as a result of its dedicated efforts.

The college is approved by UGC, AICTE; affiliated to Osmania University - [OU], Hyderabad.

We have a timetable from 9:40 am-4:20 pm. Lunch is from 12:40 am-1:20 pm. Each sem consists of three assignments. Teaching is excellent. We have a little time for playing apart from this everything is fine.

Swayam, E cell is the student's societies which provide funds for fests. We have acumen euphoria traditional day, that is glorious events. Life in the college is very fine.

What is the admission procedure fro BE at Vasavi College of Engineering, [VCE] Hyderabad

The admission to the B.E. course, under “Category A” seats, is through a State-Level Entrance Test called "Engineering, Agricultural Sciences and Medical Common Entrance Test" (EAMCET), conducted by the Government of Andhra Pradesh.

The admission to the B.E. course, under “Category A” seats, is through a State-Level Entrance Test called "Engineering, Agricultural Sciences and Medical Common Entrance Test" (EAMCET), conducted by the Government of Andhra Pradesh.

The Convener of ECET admits candidates at 2nd year of BE (lateral entry), from the stream of Diploma Holders and B.Sc. Graduates with Mathematics as one of the subjects based on the rank secured in Engineering Common Entrance Test (ECET) to an extent of 10% of the sanctioned intake, on supernumerary basis. 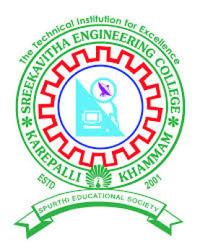 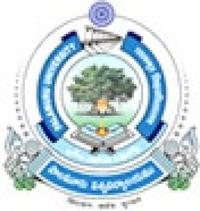 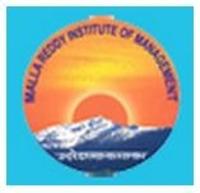