Based on 10 Student Reviews
College Overview Admissions
<
>
Get Free Scholarship

University College of Engineering, [UCoE] Patiala was established under the Punjab Act Number 35 of 1961. The college has been achieving NAAC - A Grade accreditation in the last 2 cycles since 2008 which is valid up to 2023. The college also achieved five-star accreditation from NAAC in its first cycle from 2002 to 2007. Various reputed organizations like DST, CSIR, UGC, DBT, ICMR, ICCSR and more are funding the research projects in the university. A good number of paid research scholars are pursuing research in the university under the different schemes like UGC NET and JRF. Till date, 22 patents of the college have been accepted, 11 journals have been published and 94 awards have been bestowed by the recognition of those researches.

The college has a University Computer Centre which was established in 1986 with the assistance of the University Grants Commission [UGC]. The University has around 15000 nodes on its network. Electronic formats of the important thesis and papers are now available in the repository of the Shodhganga [Inflibnet-UGC], NPTEL and more.

The college also has an Internal Quality Assurance Cell [IQAC] which was established on 1 August 1999 to promote a catalytic action for the improvement of the academic and administrative performance of the institution along with identification of the best practices which yield high performance of the institution. Apart from the academics, the university also excels in the all-around activities and has won a lot of unique distinctions in many festivals. Students of Punjabi University have represented India in the Indian Festival which was held in the Russia, Mauritius, Spain, China, Germany and U.A.E. (Dubai)

INR 86000 is the anual fee of the college. Yes the scholarship are there. Yes the loans are accepted and they are not hard to get as it is a government college.

University College of Engineering (UCoE) at Punjabi University Campus Patiala came into existence in the year 2003, after long serious deliberations for about six months between the senior faculty of the University, technical experts and the Vice-Chancellor regarding the need of quality education in the field of Engineering and Technology in the state of Punjab. Punjabi University has shown a remarkable growth and excellence in the various fields over the last 40 years and has been accredited with Five Star status by National Assessment and Accreditation Council (NAAC). Keeping in view the increasing needs of technical education and lack of proper faculty and facilities available in many recently established engineering colleges and feeling deeply concerned with the deterioration in the quality standards in the technical education, the University decided to use its potential for enriching the aspiring students and their parents with quality technical education in the state of Punjab, Overwhelming response from the people was witnessed during counselling conducted by Punjab Technical University, Jalandhar, when UCoE was the first wherein all the seats in the three field of engineering (Computer, Electronics & Communication and Mechanical) were filled in the first counseling itself. This exhibits the tremendous faith, the people of Punjab have on the capacity and capability of Punjabi University, Patiala.

The University, on its part, has drawn up a master plan to be executed in three phases to provide technical education in the basic and specialized fields in the time to come. Although only three branches leading to B.Tech. degree have been offered in the first phase, second phase would introduce M.Tech. programmes in various disciplines besides adding another three branches namely Micro-electronics, Power Engineering and Bio-informatics and the third phase would include the further expansion and stress on the research work and establishment of a separate research and development centre with active involvement and participation of the industry. This centre would strive for providing solution to the technical problems of the industry and would suggest ways and means for overall growth of the industryin the region.

Arpit
Bachelor of Technology [B.Tech] (Agricultural Engineering), batch of 2015
2015-04-22 22:55:08
9/10
FEES AND SCHOLARSHIP
We have tie-up with colleges abroad. & have new bunch of students every year from abroad.Merit as well as needs of students are taken as criteria for such Exchange Programmes. Exact details of this varies from year to year as this is decided by the college administration.
Message   Full Review Already liked
View all reviews

What is the fee structure at University College of Engineering, [UCoE] Patiala 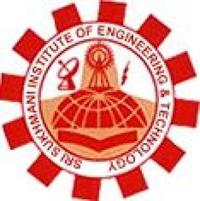 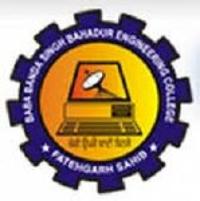 CGC College of Engineering, [CGC] Mohali Mohali   7.8/10
View All Questions & Answers
Are you interested
in this College?