The first President of S.V.P.G. College was Shri Shyam Sundar Suri, the then Distt. Magiistrate of Raebareli Distt. Later on Late Yash Pal Kapoor, the Private Seey of Mrs.Indira Gandhi, Prime Minister of India, was elected President. Raja Krishna Pal Singh Kuzri - Sudauli took over the revis after the resignation of Shri Kapoor.

Late Rajiv Gandhi, the Prime Minister of India Shri Satish Sharma were also elected the President; as they represented Amethi Constituency in Parliament; time to time. As General Secretary of congress Party Rajiv Gandhi Visited the College on 16 Oct 1984, Feb 1990, Feb-May 1991 wished this college to be a centre of excellence in the field of education of eastern region.

H.E. Syed Sivte Razi was elected the President of the college on 20 June 1998 with the consent of Rajiv Gandhi as he was always keenly interested in the development of the college at his behest Late Veer Bahadur Singh Chief Minister of U.P. visited the college on 14 oct 1988 donated a huge sum of Rs.8 Lakhs for the construction  of class-room Guideline as well as the library hall too following the chief Minister, the Minister Harijan, Social Welfare Cheda Lal Sathi donated Rs. 2,40,000 forthe hostel building also.

It will not be impertinent to write here that H.E.S.S. Razi also donated Rs. 21 Lakhs for the P.G. block, of the college, which was inaugurated  by Smt. Sonia Gandhi on 27 Sept. 2001 Smt. Gandhi has given a common hall for the student of the college Computers have been also donated by her.

Sarvodya Vidyapeeth Post Graduate College Salon, a premier higher educational institution of Rae Bareli, has high academic standing and a reputation for excellence in research and teaching. Founded in the year 1976, the college serves the academic needs of Scheduled caste populated backward area of Salon Tehsil of Rae Bareli District. A gateway to academic excellence, this postgraduate (co-ed) College is famous for providing cutting edges to academic and co-academic skills through its commitment to innovative and student-friendly initiatives. The college has created an inimitable academic space for itself within four decades of its monumental existence. Providing education with vision and creativity, the college lays great stress on personalized attention to prepare the students for professional avenues.

Vision
Is to cater higher education to have-nots, especially belonging to the scheduled castes, minorities and girls; provide them an atmosphere of free intellectual discussion with stress on developing personal relationship; so as they may turn out to be an asset to the nation
Mission
To offer a wide range of higher education in tune with the needs of agriculture, industry, business and administration.
Contact Info:
Sarvodaya Vidyapeeth Post-Graduate,College
E-Mail:[email protected] 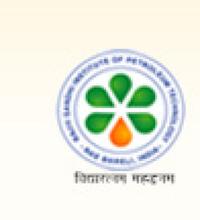 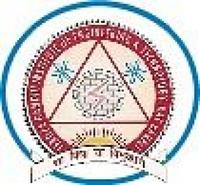