The campus now rests at the place where The late Smt. Indira Gandhi, the then Prime Minister of India, laid the foundation stone for the University on 4th February 1984 at Rono Hills. The University began functioning on 1st April 1985. The University became a Central University on 9th April 2007 as per notification of The Ministry of Human Resource Development, Government of India. The students are taught to play a positive role in the State's  socio-economic and cultural development.

The faculty is highly experienced and well known throughout the academic circles. Though the institution is infrastructurally limited to a small extent, it has been successfully been churning out students of excellence ever since it started functioning. 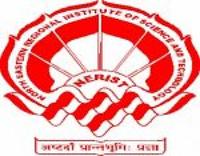