FMKMCC,Making a small beginning in 1949, with intermedeiate courses, few students and a few teachers - this institution has stood up to the challenges of the times and now humbly showcases its commendable achievement.

The Mangalore University took over the college as its contituent unit in 1993 and named it as University college. In 1994 the college was renamed after Field Marshal K.M. Cariappa, the first commander-in-chief of the armed forces. The College completes its 60 years of fruitful existence - rendering yeomen's service to the cause of education.

This institution offers six major courses with varid subject combinations and three addon courses. The student enrollement has crossed 1300 and the staff strength is over 80, there has been qualitative and quantitative leap on the infrastucture front during the intervening period.

Field marshall K.M. Cariappa College has been Re-assessed and Re-accredited with 'A' grade by National Assessment and Accredition Council (NAAC) with 3.25 GPA on a scale of 4, for the period 2011-2016. 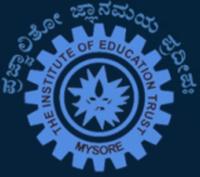 ANITECH College of Technology and Management, Bangalore Bangalore / Bengaluru
View All Questions & Answers
Are you interested
in this College?