The course fee is INR 24,000 per year. The scholarship provided to those students who have poor conditions. No loans are not available.

Rewa Engineering College, Rewa was started by Government of Madya Pradesh in 1964 in the present Science college building with Prof. S.R. Beedkar as founder Principal. Subsequently it was shifted to PGBT building.Thereafter finally in 1972 it was shifted to its present campus spread in about 250 acres. Through the final examination of the first passing out batch was held in the present campus itself. In addition to the main building, the institute has two boy’s hostels(intake 260) and one girl’s hostel (intake 40), sufficient number of staff quarters, hospital, bank, post-office, guest-house and a canteen block.A block attached to main building is under constru- ction for Electronics Department.The first batch was started with 120 students in three branches namely Civil, Electrical and Mechanical Engineering. Thereafter in 1984, Electronics Engineering branch was started with 20 student’s intake. Subsequently the intake in Electronics branch was raised to 60. In 1980, B.E.(Transfer Course) was introduced in Civil, Mechanical and Electrical with 20-intake capacity in each branch to facilitate the Diploma holder students to do their graduation.At Present the intake in Under transfer course has been limited to 10% of regular intake in each branch with a provision of lateral entry in direct second year. For providing the higher education opportunities to serving diploma holder engineers a part time B. E. degree course was introduced in the year 1988 with 20 students each intake capacity in Civil , Mechanical and Electrical branch. Present intake in regular B.E. course is 170 with 30 students in Civil,40 students each in Electrical and Mechanical, and 60 students in Electronics. In year 1994,MCA course was started with 20 students intake,But Government failed to provide the necessary faculty thus the course was close down.A major turn took place in 1998 when Government of Madya Pradesh declared this institute as autonomous society with a board of governors to look after its affairs with minister(Deptt. Of Technical Edu- cation) as its chairman .Thereafter this institute was named as Rewa Engineering College,Rewa(M.P.).At present this institute is getting Rs.40,00 Lakhs as budgetary grant besides all expenditures on permitted to retain all it’s earning through fees, testing, consultancy etc. As of now institute is getting Rs. 1 crore per year in these heads.On academic front, this institute was affiliated to A.P.S. University ,Rewa till 2000.Thereafter it has been affiliated to Rajiv Gandhi Prodyuogaki Vishwavidyalaya, Bhopal (Technical University of Madya Pradesh). Up to year 1988 this institute was following the annual academic calendar and thereafter semester system was introduced.In new scheme, mid-term test has been introduced as a continuous evaluation process.Waightage to sessional mark have been reduced in each of the semester to make the students more trained in communication skills and latest technological happenings.

This institution is a nodal center of RGPV,Bhopal for controlling the examination. The institution is also an on-line distributive counseling center from year 2002 for facilitating the students of Vindhya region in Engineering Colleges after pre-engineering test.A separate counseling center has been set up under for this purpose with 15 terminals with dedicated leased line and ISDN line with LAN. A CISCO local academy is likely to be started for Cisco Certifi- cation program. Necessary equipment costing about 5,00 Lakhs have been already produced. An MOU has been signed with ISRO for providing the distance class room learning through satellite and necessary equipment have been received by the institution.The institute carries out large number of testing and consultancies in different areas. The services to Vindya region for its developmental needs. An another opportunity has come as a Technical Education Quality Improvement Program of Government of India under world bank Project. This institute has been selected as a participating institute in this project after a through screening process.

The total outlay under this project is Rs 617,00 Lakhs and it has to be utilized up to December 2008. Under this program, major renovation of Central Library, setting up of a Central Computer Center with 100 terminals, setting up of two CAD labs with 30 terminals in each lab, setting up of a modern seminar hall, up gradation of work-shop and renovation of almost all major laboratories is proposed to be carried out. An inno- vative part of this project is networking with other institution and implementation of community development program.The institute is passing through one of its most challenging phase due to severe resource crunch on faculty front.Out of sanctioned faculty intake of 72, institute has only 21 faculty members and again out of these 21, 8 members are on deputation for higher studies leaving only 13 faculties to manage the institute. Absence of senior staff members has also resulted in many fold increase of girl’s students. 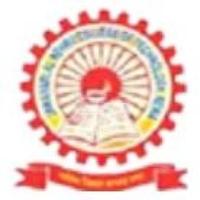