Basically the course fee for this course is Rs14000 in the first year and for the next two consecutive years there will be a course fee of Rs600 each year. Till now there are no scholarship options available to us.

Panskura Banamali College had been accredited with A grade by NAAC in the year 2005. This college is arguably the largest college in Rural Bengal in terms of students strength and the number of subjects taught at the undergraduate level. Some of the departments run post graduate (P.G.) courses. There are a few market oriented non-traditional courses that are running successfully over the last few years.  Postgraduate training departments in Education (B.Ed) and Physical Education (B.P.Ed) are also two important directions in this college. The college runs in day, extended day (morning) and evening shifts.  In the evening shift Commerce subjects are taught at the honours level.  In the extended day shift (morning shift), Education honours and general subjects in Arts faculties are taught.
The college is affiliated under Vidyasagar University, West Midnapore, West Bengal in India.

The foundation stone was laid on 14th of December, 1960.  The year 2010 was celebrated as the Golden Jubilee year.
Following the long cherished dream of the local people and their concerted efforts for opening up a degree college, the millionaire of this soil Late Banamali Charan Khatuaundertook the responsibility in developing a college building on its present site which was donated by a local gentleman Late Hasmat Ali Khan and his co-sharers.  The college eventually came to be named as ‘Panskura Banamali College’ after its principal donor and remains a unique symbol of Hindu-Muslim unity and amity in the locality till today. 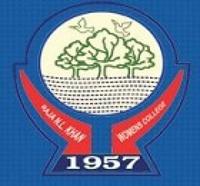