Mohamed Sathak Trust was founded by our ever rememberable Late Alhaj S.M.Ahamed Jalaludeen in 1973 in Chennai with the fullest support of his four brothers & four brother in laws.     While offering scholarships to poor school students of Tamil Nadu, they started Mohamed Sathak Polytechnic College in Kilakarai in 1980. Subsequently Mohamed Sathak Engineering College (MSEC) was established in Kilakarai in 1984. It is worth to note that MSEC was the very first Self –Financing Engineering College established in the state of Tamilnadu.

From June 2013 onwards our present chairman Alhaj. S.M Yousuf Sahib is governing the Trust in a splendid manner with assistance of the Trust Secretary Madam Hajiyayini. S.M.H. Sharmila and other family members.

We are the pioneers in the field of Engineering possessing rare courses from like Aeronautical Engineering, Chemical Engineering, Architecture, Marine Engineering. So far more than 15000 UG & 2500 PG students got graduated from our institute and are placed well off in National & International Levels.

The College has more than normal facilities expected of an Engineering College of high standard. Classrooms are spacious and airy. All the labs are well equipped. Computer laboratories are well organized with Internet facilities available to each and every student. Language lab is established with all modern equipment enabling students improve their communication skills. A computerized Library with well-stacked volumes of books and journals, quenches the intellectual thirst of the students. Vast playgrounds and a multi-station gymnasium keep the students fit and healthy. Separate hostels are there for boys and girls.

Auditorium-A vibrant learning experience is about more than just classroom sessions. Guest lectures, symposia, seminars and conferences expose students to key insights, new ideas and a chance to engage with peers and experts in discussion and debate.  3000-seater auditorium facilitates this free interplay of ideas. Air conditioned and equipped with modern equipment such as multimedia projectors and high quality sound systems, it has large lobbies and verandahs, which are ideal venues for conferences and exhibitions. Many dig

Welcome to the Training and Placement of the Mohamed Sathak ENgineering College, India. Mohamed Sathak Engineering College is one of the most reputed institutes for technological education and research in India. Known for its strong relations with the industry, the Institute has always been a favourite destination of recruitment for many firms. 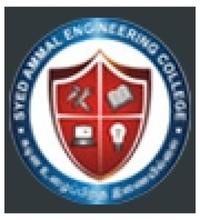 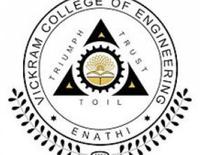