K.N.S.K College of Engineering (KNSKEC) was established in 2007 and run by the Vellala Educational Trust, Nagercoil. The trust has successfully founded Educational Institutions in the fields of technical education, Industrial Training. The College is located at Nagercoil in Kanyakumari District of Tamil Nadu.

K.N.S.K College of Engineering is run by the Vellala Educational Trust, Nagercoil which was formed in 1984 under the leadership and guidance of Er.S.Ramanatha Pillai with 325 share holders. The Trust then set about to start Educational Institutions in various fields. Since its inception, the trust has successfully founded Educational Institutions in the fields of technical education, Industrial Training, Elementary Education, Driving School. The fulfillment of Trust's aspiration to start a higher leaving institution for technical education resulted in the starting of a centre of Excellence in Engineering - the K.N.S.K College of Engineering at Nagercoil in Kanyakumari District of Tamil Nadu. The College was started in 2007 and approved by AICTE, New Delhi, and affiliated to Anna University, Chennai.

The College offers, scholarship for poor students. Our College gives representation to all the community students. Students from the places in and around Kanyakumari District & Tirunelveli District and other states are studying in our college. KNSKCE is the only college in Kanyakumari district which is situated very near to Nagercoil town. The College is located in a pleasant sylvan atmosphere.

The crest "Empower Youth" symbolizes the mission and aspiration of Kalaivanar N.S.Krishnan. Kalaivanar N.S.Krishnan, after whom the institution is named as KNSK College of Engineering was not only a renouned film actor and writter but also a towering personality who used the film medium for cultivating social awareness.

The unique feature of KNSK College Of Engineering is the scholarships awarded to students. KNSKCE offers attractive scholarships to encourage merit and to make education accessible to students of all economic strata. The Institution has initiated a thriving tradition of over 400 scholarships offered every year to meritorious and deserving students.

The scholarship scheme was instituted in 1999. Since its inception around Rs.30 Crore ($7Mn) worth of scholarships have been disbursed to around 3000 deserving studen 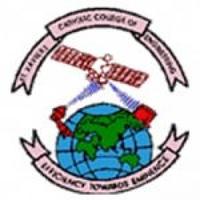 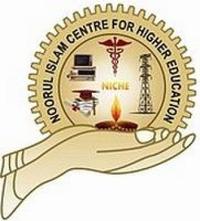