Fees Structure and Courses of Institute of Public Enterprise, Hyderabad

Institute of Public Enterprise offers postgraduate courses in Management. The fee structure for the major courses is mentioned below:

Institute of Public Enterprise, Hyderabad Management Fee Structure. Fees of IPE, Hyderabad is INR 4 lakh per year. Hostel and transport fee costs additional. There are some criteria for scholarship availability depending on the entrance test. Banks also offer loans

The Institute of Public Enterprise (IPE) was established in 1964 for the study of issues and policies relating to public enterprises (PEs).  Shri.S.S Khera, ICS, the then Cabinet Secretary, Government of India, had conceived the idea of a research institution that would undertake a systematic and sustained study of issues relevant to the formulation of policies towards public enterprises. In the early sixties, when PEs were designed as the principal instrument to serve the social and economic objectives of development, Shri. Khera felt that there was need for an institute which would collect relevant information and documents on PEs, study specific issues and undertake consultancy and training exclusively for PEs. Dr.V.V. Ramanadham, the then Professor and Head of the Department of Commerce, Osmania University, translated Shri Khera’s concept into a reality that is IPE, with the active support and guidance provided by the late Dr. D. S Reddy, then Vice-Chancellor, Osmania University as an autonomous, non-profit society at the initiative of the then Cabinet Secretary to the Government of India, Shri S.S.Khera, ICS, and late Dr.D.S.Reddy, Vice-Chancellor of Osmania University. The Indian Council of Social Science Research (ICSSR), Ministry of Human Resource Development, Government of India, recognized the Institute as a ‘Centre of Excellence’ in social science research in 1976.  The Institute is partly funded by the ICSSR and the Government of Andhra Pradesh.

The Institute is located in a picturesque greenwood area at Hyderabad in Osmania University Campus. Over the last 40 years, the Institute has widened the area of its work. Starting with research, the Institute soon found itself having to undertake consultancy for PEs and responding to the training needs of the executives of PEs and various educational programmes.

The Institute became a pioneer in the field of computerization, assisting the Government of Andhra Pradesh and several other states in formulation of computerization policy, developing software for PEs and public systems, and on the use of computers as a decision support system. 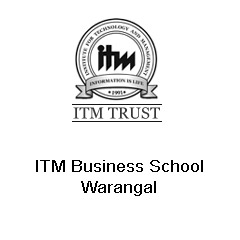 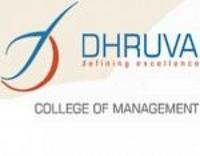