Hindu Educational and Charitable Society has been a torch bearer in the field of education in the region. Hindu Girls College has its genesis in Hindu College Sonepat - a Co-ed Institute which later bifurcated into two independent colleges namely Hindu College and Hindu Girls College keeping in view the need and demand for women's education. The Managing Committee with its futuristic vision started a girls wing near the Railway Station. The foundation stone of the building was laid by Sh. Pratap Singh Kairon, the then chief minister of Joint Punjab.

The need for a hostel was felt to cater to the demands of students hailing from nearby villages. At first, the hostel was started in a rented accommodation. In 1967 the hostel was built in the college premises itself. The hostel today can boast of a new three-storeyed block which is fully equipped with all modern amenities. The hostel can accommodate 450 students. It aims to provide total security and safety to its inmates. 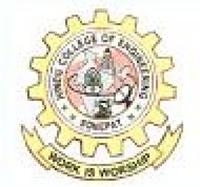