The daily routine is good like our class starts at sharp 9:15 am. Yes, we do get homework and assignments and the test is also being conducted. The quality and method of teaching are quite good. The overall experience in college is nice as we get to learn so many new things.

There are different departments in our college like we have our science society and functions are held for eg. Opening and closing ceremonies. The main festivals on the campus are sports and cultural. Generally, life in college is a beautiful memory to remember ever.

The daily routine is good as our first class starts at sharp 9:15 am. Yes, we do get homework and assignments. The test is conducted. Method of the teaching of the teacher is good. Overall experience is great as we used to enjoy a lot and get to learn many new things

Yes, there are different departments and its societies like we have our science society so there are functions held for that ie. Opening and closing ceremonies. The main festivals on campus are sports and cultural. The life of the college, in general, is good.We get to learn many new things

This institution was started by the well known missionary Rev Henry Francis Baring in April 1878 in the form of a school known as “Baring Boys boarding School”. On April 1st 1878, school started classes in the palace of Late Maharaja Sher Singh, called the Anarkali. On its first day there was only 15 students enrolled in the school, all of which had come with Rev.Francis Henry Baring from Amritsar where he had started his school for the sons of the upper class Indian Christians. The three staff members and the students lived together in the Anarkali thus what was once a country palace for a Maharaja, now become a school with dormitories, classrooms and Chapel. The beginnings were made for the establishment of western education in Batala town and tehsil.

The period of 1934 to 1948 is one of transition in the development of Baring High School to Baring Union Christian College, Mr. John Emmanuel Shukla as the first Indian Principal of the school. Mr. Khushal Singh came to Batala with a mandate from the Church Missionary Society to establish a college at Batala by further upgrading the Baring High School to an intermediate college and became the first Principal.

On 29th June, 1944, Baring Union Christian College came into existence when the District and sessions Judges of Gurdaspur, Mr. S.Burke, ICS, cut the ribbon at the Anarkali and the first boys and girls enrolled in the college filled the main building, which once had housed exclusively the sons of the upper class Christian families of the Punjab. There were at the time of its inception in 1944 about 75 students predominantly from Hindu, Muslim and Sikh background. The number of resident students in the college also continued to rise as the college came to be recognized increasingly in the Punjab.

The partition left Baring College the only Christian college in East Punjab. In 1947-48 a special committee was established by the Presbyterians to assess the problems of Baring Union Christian College, and make recommendations of its functioning. On November 20, 1948, efforts made by Presbyterians brought about a meeting of the different churches to consider the question of Batala becoming the seat of union college.

Baring union Christian College, Batala 1944 under the aegis of BUCCA with the avowed aim of spreading the benefits of education to women, synchronizing tradition with modernity.

The college has a strong commitment 'to enlighten and to excel, so that all the learners grow up to be fine human beings & are able to assume positive and fulfilling roles in nation-building and promote a culture of peace and non-violence.

The college earnestly endeavors to enrich and empower all its beneficiaries through value-based, quality education and through participative, positive and fertile teaching-learning environment based on the principles of caring and sharing and peaceful coexistence.To offer a wide range of higher education in tune with the needs of industry, business and administration leavened by strong commitment to excellence and creativity in teaching and learning which is responsive to regional, national and international needs and aspirations.

BUC College Library was started on 15.Jan.1960. The college library has earned a reputation for its vast collection of books. The library building has a seating capacity for 400 students at a time and it can stock more than one lakh books. The building provides all amenities for serious reading. At present, the library has more than 1, 00,000 books on various branches of knowledge; It receives more than 100 journals/Magazines and 11 daily newspapers. Besides this, it has a good collection of maps, non-bo 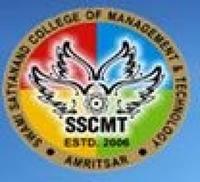 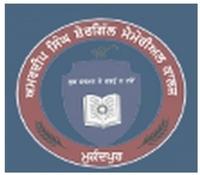 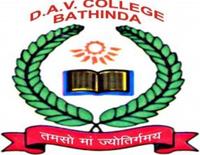 SL Bawa DAV College, [SLBDAVC] Batala Batala   8/10
Are you interested
in this College?