In the twenty-two years since its establishment, Amrita Institute of Medical Sciences (AIMS) has grown from a 115-bed speciality hospital to an 1100-bed (490 units) super-speciality multi-care health centre with an attached medical college hospital. On the 17th of May 1998, AIMS was inaugurated by the then Prime Minister of India, Shri Atal Bihari Vajpayee, in the presence of Her Holiness, Sri Mata Amritanandamayi Devi.

The Amrita Institute of Medical Sciences is the adjunct to the term "new universalism" coined by the World Health Organization. This massive healthcare infrastructure with over 3, 330, 000 sq. ft. of built-up area spread over 125 acres of land supports a daily patient volume of about 3500 outpatients with 95% inpatient occupancy. Annual patient turnover touches an incredible figure of over 10 lakh outpatients and more than 70,000 inpatients.

The highlights of Amrita University, Kochi, such as university type, programs offered, approvals, facilities, etc., are mentioned below.

Amrita University has appeared in NIRF rankings along with numerous other publications. A few of those are as follows-

Amrita University, Kochi offers numerous undergraduate, postgraduate, diploma and PhD courses in medicine, dental and allied sciences. The courses with their specializations are as follows-

All the courses offered by Amrita University, Kochi falls under one of the schools mentioned below.

Admission and selection to most courses depend on the ranks secured by the students in the qualifying exam and their performance in the interview. Students can apply for admission to various courses on the official website of the university.

MBBS is a 5 and a half years undergraduate course, out of which the final year is a compulsory internship for all students.

Sprawled over 125 acres of lush green campus, the Kochi campus of Amrita University boasts of state of the art infrastructural facilities for the students as well as the faculty. Despite being decades old, the University has kept up with the latest technologies and the same could be seen in the smart classrooms, laboratories, network centres and complete wifi enabled campus.

Read more on Amrita University Facilities provided at the campus.

The placement team at Amrita University provides 100% support and assistance to all the students to get them the best recruitment offers. The national and international collaborations with educational and industrial establishments goes a long way in paving a smooth transition for the students to switch from their academic life to corporate life.

Amrita University offers complete financial assistance in the form of scholarships, fellowships, and easy educational loans to all its students. Scholarships are available for most of the courses for meritorious students. Students can apply for the same at the start of the academic year on the official website of the college. The university has also partnered with several banks so that the students in need of financial assistance can avail loans for themselves easily.

Amrita University has collaborated with some of the national and international institutions for the student's exchange programmes. Some of the collaborations of the University are mentioned below- 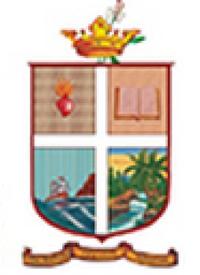