This college was started in 1970-1971 under the name 'Kalaignar Karunanidhi Government Arts College'. The then district collector of composite Thanjavur Mr.T.V.Andhoni, I.A.S., and his officials extended their helping hand to start college at the time. The college offering Pre University courses initially started functioning in the precincts of Thiyagaraja Temple, Tiruvarur. A degree course in History was started in the subsequent year. Then the college was shifted to a new building which was opened by the Honourable Chief Minister. Kalaignar M.Karunanidhi and the Educational Minister Dr.Era.Nedunchezhiyan in the presence of the Governor of Tamilnadu, Mr. K. K. Sha on 2nd June 1972. The Economic and the Commerce classes were commenced in the same year.

The name of this college was changed to 'Thiru.Vi.Ka. Government Arts College' during the centenary celebrations of 'Thiru.Vi.Ka' the renowned Tamil scholar, and labour leader. The degree course in Zoology and the Commerce(evening) classes also were commenced in 1982-83. In 1990-91 the degree course in Physics was introduced and the M.Phil research degree course in History was started in 1995-96. Subsequently the vocational course in B.A., was commenced in 1997-98 and the Computer Science course at the Undergraduate level started functioning in 1998-99.

The Computer and Literacy Programme (CLP) was started with the support of the Government of Tamilnadu in 2000-01. The B.Com., degree course offered in the Evening College was shifted to the Day College and the medium of the above course was also changed from English to Tamil in this year.

The Ph.D (Full time and Part time research) in History and the M.Phil., course in Commerce got commenced in 2004-05.

In 2007-08 Tamilnadu Government was announced our college is 'A - Grade College'.

In the educational year 2012-13, As a further enhancement M.Sc.,(Physics, Chemistry, Zoology and Visual Communication) and Ph.D(Chemistry, Business Administration and Journalism & Mass Communication) are introduced in this College.

Well equipped laboratory facilities are provided as per the educational regulations of the concerned university.

RMK College of Engineering and Technology, [RMKCET] Thiruvallur
View all colleges in Tiruvallur 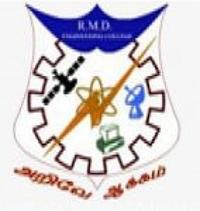 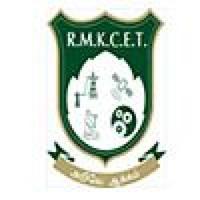 RMK College of Engineering and Technology, [RMKCET] Thiruvallur
View all colleges in Tiruvallur