The college Idhaya College for Women is affiliated to Bharathidhasan University. The college aims at training the young women of quality and serves the society injustice and love. It is one of the ancient and prestigious institutions run by the Franciscan Sister of the Immaculate Heart of Mary, Pondichery.

The Congregation of the Franciscan Sisters of the Immaculate Heart of Mary had its foundation in Pondicherry on 16th Oct.1844. The proud privilege of our Congregation is that, it is the First Indigenous Women Religious Congregation in the Continent of Asia. The Founder of this Congregation is Rev. Fr. Louis Savinien Dupuis MEP, a French Missionary.The Congregation of the Franciscan Sisters of Immaculate Heart of Mary is an out come of the ‘felt need’ of the Fathers of the Diocesan Synod of Pondicherry, as a result of their concern for the education of Women. The Fathers of the Synod believed that the education of women would become instrumental in fostering true piety in families and generally in raising the quality of families. During the Diocesan Synod held at Pondicherry the President Msgr. Clement Bonnard, the Vicar Apostolic of Pondicherry, spoke emphatically about the necessity for the education of women. The Fathers proposed the idea that an Indian Sisters’ Congregation should be started and the sisters should be entrusted with the responsibility of teaching women, secular education together with religious and moral education. By the Grace of God, with the blessings and consent of His Holiness Pope Gregory XVI and His Grace Msgr. Clement Bonnand, the Vicar Apostolic of Pondicherry, the seed for the new Congregation of the FRANCISCAN SISTERS OF THE IMMACULATE HEART OF MARY was founded On 23rd of February1859 the Congregation was affiliated to the Third Order of St.Francis. In 1864, Msgr.Godelle officially instituted this pious association as a Diocesan Congregation. On 18th July, 1886 the Congregation was united juridically to the Third Order of St. Francis. Under the capable and responsible guidance of Rev. Fr. Dupuis, the Congregation grew and began to spread to the neighboring Dioceses. The Founder Father, Fr.Louis Savenian Dupuis tirelessly worked for the growth of the Congregation till his death on the 4th of June 1874 and his body was laid to rest in the Cathedral. Later on the 13th of April 1989 his body was exhumed and again solemnly laid to rest at Nirmala Novitiate at Pakkumudayanpet in Pondicherry.

Thereafter Sr.Maria Natchatram one of the first 4 sisters of the Congregation became the First Superior General and a body of a Four Member Council was also formed with the Directorship of Rev.Fr. Francis Berges.

The Superior Generals paved the way for the growth of the Congregation under the encouragement and guidance of the successive Directors (most of whom belonged to the Paris Foreign Missions) and it grew as the mustered seed and spread in all the corners of the land. In 1946, after consulting the Bishops of the dioceses of Pondicherry, Kollam and Vijayapuram and the General Councillors of the Congregation, the Holy Sea gave permission to the Apostolic Delegate of the East Indies to separate the Malayalam section from the Congregation. This division was effected in 1947. The sisters from Kerala were given option to choose either Malayalam or Tamil section. From that time onwards the sisters in Kerala began to function as a separate congregation with the name: ‘Congregation of the Immaculate Heart of Mary, Quilon’ 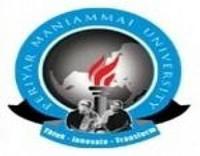