H.H The Rajah’s College (Autonomous Accredited B+) is a Government Institution and is affiliated to Bharathidasan University, Tiruchirappalli. The College is catering to the needs of economically and socially weaker sections of the society, especially the first generation of learners of Pudukkottai District.

The College has based its motto on the Vedic dictum “Thamasoma Jyotirgmaya” (Irulil Irunthu Oliyai Nokki”) which means “From Darkness to Light” The goal reflects the objectives of higher education with emphasis on the regional demands.

The College had its origin in a free English School started by His Highness the Maharaja of Pudukkottai in 1857. The first batch of students appeared for Matriculation Examination of the University of Madras in 1880 and this year is regarded as the year of inception of the College. The institution started offering the intermediate course from 1891 and some vocational courses from1920. However, undergraduate courses in Mathematics, Economics and History were started only in 1946. Thus the College was elevated to the rank of first grade College. When the Princely State was merged into Indian Union in 1948, The College becames a Government Institution under the control of Director of Public Instruction, Madras. The B.Com. Course was started in 1949. In June 1957, the University Grants Commission has recognized this College under section 2(f) and 12(b) Of the UGC Act.

The B.Sc., courses in Chemistry, Physics and Botany were started in 1959, 1961 and 1968 respectively to meet the increasing demand for Science courses.

In 1978, the College became a P.G institution with the introduction of M.Com B.A English Literature was started in the year 1980. Two more P.G courses M.A (History) and M.Sc. (Applied Mathematics) were started in 1981 and 1982 respectively.

With the establishment of Bharathidasan University in 1982, the College came under its jurisdiction. In 1989-90, the College became a research institution with the introduction of M.Phil courses in Commerce and History. There after in 1990 M.A. Economics was started.

The College happened to be one of the two Government Colleges chosen to offer a B.Sc. course in Physical Education, Health Education and Sports. The course is being offered since 1990. The part-time Ph.D. programme in History also became operative in that year and in 1996, B.Sc. course in Computer Science was started to satisfy the longstanding demand of the student community.

The College has a serene and vast campus of 33 acres with impressive infrastructure. It includes 13 blocks of which five blocks are new additions during the past five years. The 38 class rooms and nine laboratories cater to the academic requirements of the students pursuing their education in the College. There are 20 spacious staff rooms in the old blocks.

The large playground spreading across 20 acres, has facilities for Basketball, Volleyball, Ball badminton, Khabadi, Cricket, a 400- meter track and a well-maintained Pavilion. The Department of Physical Education is provided with a well-maintained Gymnasium. All these facilities enable the College to have a good record of sports achievements. The College has two Auditoriums, Canteen and a Co-operative Store for the students.

Since, the College is centenary old one it has a good collection of books both in Tamil and English. It has many rare titles in the Central Library.Apart from Central Library there is also sectional libraries housed in all the thirteen departments. The old Central Library building, built by the erstwhile Maharaja of Pudukkottai collapsed in November 2003. New library has been built in the same place without altering the superstructure of the old building under the budgetary provision of 28 Lakhs sanctioned recently by the Government of Tamil Nadu. A new COE’s Office block with well-furnished Valuation Hall is also constructed.

In the year 1998, the College was conferred the autonomous status and as such it revised the curriculum Four times, brining in changes in the provision of options/electives and in the transaction and evaluation aspects. The major changes brought in the revision of syllabi are the inclusion of Choice Based Credit System (CBCS). In CBCS pattern of syllabi 13 papers with inter/multidisciplinary components were designed. Overall the programmes are designed keeping in mind the career and value orientation for the students. The Computer Literacy Programme CLP) and Environmental Studies are offered as compulsory modular courses.

The Government has selected only few non-professional colleges to install Educational Satellite (Edu.Sat). Ours is one among them and the installation process is over. So the students will get the opportunity to learn their lessons through Video Conferencing using the Edu.Sat. The College has a NET- Center installed from the UGC 10th Plan Grant. It is put in to use for PG students and staff enabling them to collect materials regarding the lessons through inter-net.

Under the sponsored activities of the Rotaract Club, Youth Red Cross, Red Ribbon Club, NCC, NSS and few other NGO’s the College is organizing regularly many social outreach activities covering a wide range of programmes from health to literary for the eradication of Social Evils.

The College has a center fro conducting coaching classes for IAS and other competitive examinations for students of certain categories. There is a Placement Cell, which has been actively engaging itself get placement for the students in and around pudukkottai.

The College has an impressive Alumni profile, during the past, Sathiamoorthy, the veteran freedom fighter, Dr.Muthulakshmi Reddy, the first Indian woman to be a doctor and Akilan the renowned Tamil Novelist were among the luminaries who passed out of her portals. One alumnus by name M.R. Natrajan who left the College secured Young Scientists award at later stage and pursued Doctoral research in the U.S. with substantial research grant. He contributes a sum every year to the Department of Botany, where he studied for the purchase of library books. Many such alumni have gone to other academic institutions within or outside India as scientists. In more recent times apart from scientist we have had many software professionals, Engineers, Doctors, Lawyers and Civil Servants among our alumnus. Even among our own staff we have fair share from our alumni.

Thus the College has earned a good reputation in the surrounding areas through its dedicated service with social commitment to the people around, providing good education to students. This age old reputed College celebrated its Centenary in 1981 and attained the Autonomous Status in 1998. In the very next year after attaining autonomy, the College got accredited with three star grades by the National Assessment and Accreditation Council (NAAC), Bangalore. In (2006) it volunteered to be assessed and re-accredited by the NAAC and attained B+ status.

Facilities at H.H The Rajah’s College -

The career guidance and placement unit of the College is a voluntary organisation with a placement officer, staff members, supported by student representatives from all departments. The objectives of the CGPU are to place the students in leading corporate organizations through campus recruitment. The institute organizes lectures, seminars, group discussions, mock interviews etc. for career guidance, entrepreneurship and personality development. The placement cell provides the inform 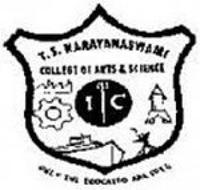 Gandhigram Rural Institute, [GRI] Dindigul Dindigul   8.7/10
View All Questions & Answers
Are you interested
in this College?