Scholarship according to the government norms is followed rigorously.

Average 70% of students receive a scholarship.

Vision : Establishment of  Knowledge Centre to Impart Quality Education and Build up Technologies for Sustainable Development.

Life Sketch of the Founder and Principal : Dr. ATUL PADALKAR

Dr.  Atul  Padalkar is born on June 1st 1962. He obtained his degree of BE and ME in Mechanical Engineering. He has completed  Ph.D  in area of  ‘Alternative Refrigerants’ under the guidance of Dr.  Devotta . Dr. Devotta had been associated on the work which recognized for award of Noble prize to IPCC in the year 2007.

Dr. Atul Padalkar is founder of the Flora Institute of Technology, Pune. Presently, he is working as a Principal with the same Institute. He started his career in 1987 as a Lecture at Rajarambapu Institute of Technology. Subsequently, he has served various prestigious institutions in capacity of Dean, Principal, Professor and Assistant Professor. Amongst, the University of Pune, Sinhgad College of Engineering, Pune (2004-2011) AISSMS College of Engineering, Pune, (1996 – 2003) respectively are important.

He is associated actively with various technological Institutions and technical bodies like Indian Science Congress, National Institute of Virology, Pune , ASHRAE, ISHRAE, Institution of Engineers (I) and Indian Society for Technical Education (ISTE), New Delhi  as Advisor, Member and Life Member. He has also worked as the Chairman, ISTE Maharashtra & Goa.

He has published more than seventy research papers in the conference proceedings, bulletins and journals of national and international repute. The important publications includes “Performance Assessment of Air Conditioners Using Propane” appeared in Official Journal of Centro Studi Galileo (CSG) and European Energy Center (EEC), Special International Issue (ISI), UNEP, 2010. The article entitled “Performance Assessment of Air Conditioners with HC290” appeared in the Bulletin of the IIR, 2010 is another land mark in his achievements. The same work has been published in Spanish and French languages.He is working as consultant for corporate houses like  Blue Star, Thermax Ltd., Godrej Appliances Ltd.,  India. He provides technical support for design and development of products to business houses.He has attended more than score of national and international conferences and workshops. 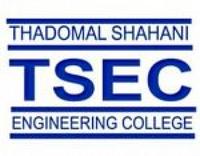 Cummins College of Engineering for Women, Pune Pune   8/10
View All Questions & Answers
Are you interested
in this College?